In November 1996, as they sat down to a late supper of fish pie, the leaders of the Labour Party and the Liberal Democrats discussed the proposal to introduce a single currency across the European Union. Tony Blair was sceptical about the whole project.

‘I still retain a very strong doubt that it will happen at all,’ he told Paddy Ashdown. ‘The possible seeds of its own destruction are already evident: I have no doubt about the commitment of other European leaders to it, but I am not at all sure they can withstand the pressures from their populations brought about by the austerity which will be necessary to meet the Maastricht conditions.’

Nearly twenty years on, Blair’s economic assessment has clearly been shown to be accurate. The austerity he warned against may not have come until sometime after the euro was already in existence, but the flaws in the system can hardly be denied.

Nonetheless it remains the case that the euro does exist as the legal currency in nineteen countries. Even Greece, despite years of supposedly teetering on the brink of expulsion, is still part of the eurozone. The fudges needed to make this happen may have been deeply dubious, but political will has – so far – defied economic wisdom.

And it is this stubborn truth that makes Blair’s comments less prophetic than they might appear on first reading, but also more revealing of his own political character. The incompatibility of the German and the Greek economies was not exactly a secret in 1996; Blair was merely pointing to something that everyone knew but was (for the most part) too polite to say in public. What was not so obvious was the fact that, six months before he was elected to the job, the future British prime minister had already given up any hope of politicians setting the agenda.

In effect, he was telling Ashdown that economics trumped politics.

When Labour was voted into government in May 1997, this attitude moved from dinner-table conversation to public policy. Virtually the first action of the new administration was to hand over the setting of the country’s interest rates – previously the responsibility of the chancellor of the exchequer – to the Bank of England. The single most important decision about the national economy was deemed to be too important for politicians, and was given instead to bankers.

Letting the Bank of England control interest rates wasn’t a new thought. It had been floating around for years, and had been rejected by John Smith, Blair’s predecessor as Labour leader, back in 1990. Similarly, when the previous government had considered the idea, the prime minister, John Major, had ruled it out ‘on democratic grounds’.

And, in terms of democracy, the policy as it emerged was a disgrace. No mention had been made of the proposal in advance, though it had been planned long before the election campaign, and it had not appeared in Labour’s manifesto. Without any consultation of the public, elected politicians had washed their hands of the management of the economy.

The decision was made by Gordon Brown, the incoming chancellor, who had – like many others – been scared and scarred by the experience of Black Wednesday in September 1992. That was when Britain had been chased out of the European Exchange Rate Mechanism (ERM) by a huge wave of speculation on the currency markets. The political flak for the humiliation had severely damaged John Major’s government, and neither he nor the Tories had ever recovered.

For Brown, the shadow chancellor at the time of Black Wednesday, there was a sense of ‘there but for the grace of God’. He had been one of those who had argued long and loud for British membership of the ERM. Had Neil Kinnock won the election a few months earlier in April 1992, then it would have been Labour who would have taken the hit, and Brown’s own credibility would have suffered irreparable damage in the process. He was lucky to get away with it even in opposition.

Black Wednesday had shown the power that the markets could exert over politics, and neither Blair nor Brown ever forgot the lesson. Henceforth politicians knew the limits of their authority.

Or rather, their supposed limits, for as the EU was to demonstrate in launching the euro, politicians were not quite such helpless creatures as New Labour believed. If they put their mind to it, they were capable – to use a phrase fashionable in Margaret Thatcher’s day – of bucking the market. It was just a question of will.

Blair and Brown lacked that will. They lacked the belief that they could and should intervene in markets. And from that lack of belief came all the ‘light touch’ regulation of the City that was ultimately to make such a mockery of Brown’s boast that there would be ‘no return to boom and bust’.

The economic consequences of that attitude are, of course, still being felt. But even more serious are the political consequences.

The point of politics in what we like to call a mature democracy is to intermediate between competing forces in society. The political arena is where social conflicts are resolved, particularly (without wishing to be too Marxist about it) those between capital and labour. But New Labour seemed to abandon that concept of mediation, choosing instead to side – at least in the public perception – with the ‘filthy rich’.

One symptom of this was the collapse in voter turnout during Blair’s premiership. In the 2001 general election around 18 million registered voters declined to cast a vote. In 2005 Labour won with the support of just under 22 per cent of the registered electorate. There were many millions more who simply didn’t bother putting themselves on the electoral rolls.

Accompanying this trend of non-voting, commentators have claimed, has been the emergence of an anti-politics tendency in the country, which has been manifest in a series of electoral results that go against the grain: the Health First MP elected in Wyre Forest in 2001, the victories of George Galloway as a Respect candidate in 2005 and 2012, the rise of UKIP, the extraordinary success of the SNP. Even the brief flurry of Cleggmania back in 2010 can be seen as part of the same ‘none of the above’ attitude. And, of course, we now have the sight of Jeremy Corbyn as front runner in the Labour leadership election.

I don’t think this is anti-politics at all. I think it’s entirely political. Rather, it’s been the main parties and their cheerleaders in the press who have adopted an anti-political stance, by deciding that there is no alternative to the post-Thatcher consensus. The public, in my estimation, still have a very real appetite for politics and would like to see their elected representatives act on their behalf.

In a difficult, sometimes hostile environment we want engaged politicians, people who are prepared to intervene to curb the excesses of the market, to protect us from the ravages of transnational corporations, bankers and property speculators; in short, to demonstrate that – despite the legacy of Tony Blair – politics can trump economics. 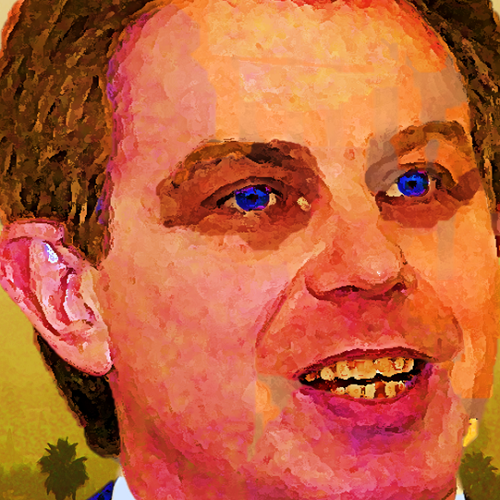 2 thoughts on “We don’t do politics”