As David Cameron and the British government continue to demand concessions from the European Union on benefits for migrants, we salute the newspaper that has been consistently fighting the same corner for the last six decades.

Below is a piece published in the Daily Express on 21 January 1958, explaining that back then we faced a massive wave of immigration from Italy, where there were ‘tens of thousands of unemployed’. And why were they coming? Because they were after our jobs, our benefits and our National Health Service. 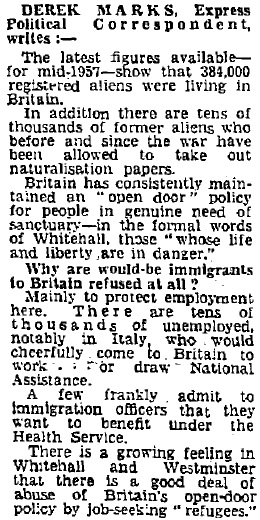