The Bhola cyclone that blew in from the Bay of Bengal in 1970 was one of the worst natural disasters of our times, killing around half a million people in East Pakistan (as Bangladesh was then known). Famously it prompted the first big charity rock gig, organised by George Harrison. Probably more helpful was the response of the British Army, as celebrated on the front page of the Daily Mirror. 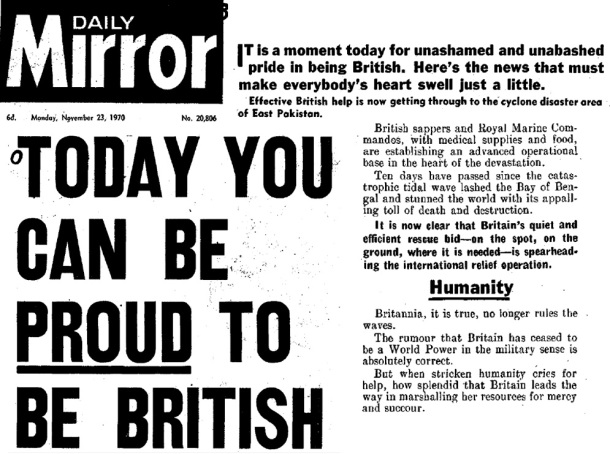