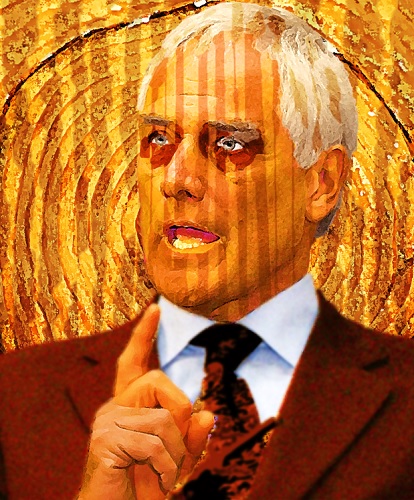 You remember Robert Kilroy-Silk? Of course, you do. He was elected the Labour MP for Ormskirk in 1974, and then, when that constituency was abolished, he succeeded to the new seat of Knowlsley North. That was where he really made his name, with a dogged, desperate and very public fight against members of Militant. (It was during that struggle in 1985, that he was involved in what was described as ‘a fracas’ with Jeremy Corbyn.)

Having seen off the Hard Left, Kilroy-Silk left Parliament in 1986 to begin a new career as host of a daytime TV chat show. But he wasn’t completely done with politics, and in 2004 (the same year that his show got cancelled, following some ill-advised comments about Arabs) he re-emerged, elected to the European Parliament as a candidate for UKIP. Within months, he was engaged again in internal squabbles, attempting a challenge to the party’s then leader, Roger Knapman. When the would-be coup failed, he left UKIP to launch a new party in his own image, Veritas, with himself as leader. Six months on, he’d left them as well, and he served out the rest of his term as an MEP in the capacity of an independent.

Since when, he’s been sadly absent from public life, save for the occasional TV appearance (he had an unsuccessful stint in I’m a Celebrity… Get Me Out of Here! in 2008). The EU referendum, though, seemed tailor-made for him; surely this was his great opportunity to relaunch himself? And yet – unless we’ve somehow overlooked his contribution – he’s been silent in the debate. How are we supposed to make an informed decision if we don’t get the benefit of his wisdom, as a veteran of three parties and of none?

And it’s not just Kilroy. To its credit, Channel 4 is attempting this evening to provide a platform for some of those voices that have hitherto been silent: Sandie Shaw, Rick Astley, P.Y. Gerbeau, Mike Read and Clarke Carlisle among others. But that still leaves far too many of the great and good, whose views have yet to be solicited.

So, in the hope that it’s not already too late, we appeal to the following thirty(ish) opinion-formers to give us a lead on ‘the most important political decision in a generation’ (copyright all media outlets). In the words of Delia ‘Remain’ Smith: come on, let’s be having you…

If any of the above would care to put their views on record, do please contact us. Meanwhile, we understand that the Chuckle Brothers are split on the subject (‘to me, to EU’ etc).

PS Since posting this notice, we have been informed that today’s Daily Mirror reveals David Icke and Arthur Scargill are for Leave, while Lily Allen is for Remain. The Channel 4 show this evening showed that Katie Price is Undecided, while the Hull Daily Mail announced that Virginia Bottomley is Remain.

Unless further information is received, we therefore declare – on the morning of the referendum – that the result of our celebrity focus group is: Leave 2, Remain 2, Undecided 1.