It being the thirtieth anniversary of the best British debut single, we’re running through the best examples of the form. We’ve had already had numbers 30-21 and 20-11, which leaves us with just the top ten to reveal.

To re-state the criteria: these are debut singles made in Britain, and none of the members of the act had (as far as I know) released anything previously. As we reach the home straight, I should also perhaps reveal myself – in an H.M. Bateman kind of way – as The Man Who Doesn’t Think Much of Kate Bush.

The first generation of British rock wasn’t overly impressive. There was the occasional good record from Billy Fury, Marty Wilde or Cliff Richard, but the industry wasn’t really geared up for rock ’n’ roll: for every ‘Rockin’ at the Two I’s’ that made its way onto vinyl, there was a Terry Dene – a decent singer who was never allowed to do himself justice.

And then, in 1959, came Frederick Heath’s self-written debut, which suggested that a change might be coming. Admittedly, he was given the pirate name and eyepatch, but that wasn’t the worst gimmick of the era (Swedish band the Spotniks may well have that distinction). And anyway, it was entirely unnecessary. Because this was a genuine classic: a roaring, guitar-driven two minutes of sexual energy. It was even a hit, if not a particularly big one.

Having uncovered a massive talent, however, the British record industry didn’t know what to do with it. For the next single, Kidd was induced to record a tepid version of ‘If You Were the Only Girl in the World’ (from the 1916 show, The Bing Boys Are Here), which thankfully failed to chart. Even his biggest and best-known hit, ‘Shakin’ All Over’ (1960) was originally released as the B-side of a cover of ‘Yes Sir, That’s My Baby’. Nurtured properly, he could’ve been truly massive; as it was, there were only sporadic hits to come, before his tragic death in a car crash in 1966.

In a happy postscript, the best line-up of the Pirates reunited in the late 1970s and turned out to be one of the great live acts of the era.

Given how much I love the glam rock of 1972-74, there’s a surprising lack of it in this list. But that’s because most of the acts were so old already: Marc Bolan, David Bowie and Mott the Hoople were on their fifth albums by the time they really made it; Gary Glitter, Alvin Stardust, Alex Harvey, David Essex, Slade and the Sweet all released their debuts back in the 1960s.

But Roxy Music were genuinely new. And unprecedented. ‘Virginia Plain’ was released a couple of weeks after the first album (which it wasn’t on), and revealed a fully fledged act of astonishing self-confidence. ‘Roxy rock like hell on this one,’ was John Peel’s verdict on the single.

It hit the charts in the glam stampede of June 1972, alongside ‘Starman’, ‘Rock ’n’ Roll (Part 2)’ and ‘Little Willy’. The same month, Roxy supported Bowie at the Rainbow. ‘They were the only other band in Britain at that time doing anything remotely interesting,’ Bowie said later, but Bryan Ferry didn’t really want to reciprocate: ‘We felt very different,’ he said. ‘Bowie seemed to have been around a bit, and his band seemed very old-fashioned. It was all very straightforward music, even though he was dressed up in a very extreme way.’

It’s a cover of a 1930s British song, best known in the version by Albert Whelan (though actually it’s not very well known at all). And it’s very silly.

Produced by Gus Dudgeon, and with a cast of session-players drawn largely from Elton John’s band, this is the sound of 1970s rock, complete with messy arrangement and production, full of busked acoustic guitars and submerged horns.* It shouldn’t really amount to anything much, but somehow it all hangs together, and provides a fine backdrop for Armatrading’s commanding vocals. It was to take another three years before she had any commercial success – in a very different guise – but I’m not sure that I don’t like this best of all. Certainly it should be better known than it is.

* Having said which, the drums (by Judas Jump’s Henry Spinetti) are mixed very high for the period.

What a joy this was, seeping through uninvited into the corporate pop world of the mid-1980s. Psychedelic vocals, psychobilly drums and a wall of feedback – the latter used not as an effect but as the whole of the music. The previous decade, the Ramones seemed to have reduced classic pop down to its bare three-chord minimum but the Jesus (as I always liked to think of them) went a stage further, and removed the chords. It seemed like the ultimate chaos, until it turned out that – compared to the live show – it was really rather disciplined.

It sold so well that the band got a big-label deal and went on to make some magnificent records – for a while they were carrying the entire hope of British guitar music – but nothing was ever as raw and revelatory as this.

Surely this is one of the most audacious debut singles ever. Nearly ten minutes long, it features a cliched descending bassline, some guitar scratching and tippy-tap drums, and a man portentously declaiming nonsense over the top like a freakshow barker. It’s the musical equivalent of a Gothic novelist’s architectural folly. After it’s fallen down. It’s also blindingly brilliant.

I think they’re glam, though they’re not always seen as such. It depends, I guess, what you mean by glam, but for me, they had all the pretension and theatricality in the music that I cherish. And particularly on this epic debut, which had more in common with Swinburne than the Sweet. Even in this form, edited down from the full seven-minute album track, one has to wonder: who the hell thought this was a feasible idea as a single? It takes a minute-and-a-quarter to get to the chorus, and even then ‘Somebody called me Sebastian’ wasn’t noticeably commercial as a hookline. Possibly even more audacious than the Bauhaus.

What else is there left to say? Even now, forty-odd years on, it still works its magic, the last great song to come from the British music-hall tradition. Maybe the one thing that isn’t praised enough is what a fine lyricist Johnny Rotten was: ‘Your future dream is a shopping scheme’ is perhaps the most accurate prediction of Britain’s future made by anyone in the 1970s.

Skiffle was the original punk, of course, the music that was so easy to learn, so cheap to make, that it inspired a generation to take up performing. Like punk, most of it was dreadful, but it went on to flower in a hundred unexpected ways. And like punk, the originator was in a league above the followers.

Lonnie Donegan got this song from Lead Belly, but transformed it entirely. The addition of percussion helps, as does the increased and increasing tempo, but mostly it’s made by Lonnie himself, with his piercing high-pitched vocals that could cut through a noise far greater than this. His is the first great rock voice to come out of Britain.

This was, I believe, the first debut ever to get a gold disc in Britain, and one of the first British records of the pre-Beatles era to reach the American charts.

And so, finally, we come to the best debut single in the history of British pop music ever. And it’s, er, by an American. But it was very definitely made in Britain, recorded here, produced by Martyn Ware and with musicians from the Pop Group, Roogalator and King Crimson. And, of course, it’s perfect, as great a soul record as ever there was. The cause was assisted by a video that fulfilled the promise of the record, revealing D’Arby to be a very beautiful man who clearly believed he was already the biggest star in the world. No act before or since has been quite this complete on first appearance. 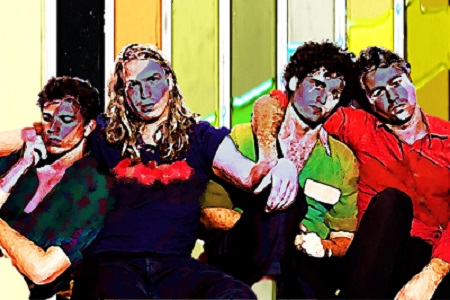 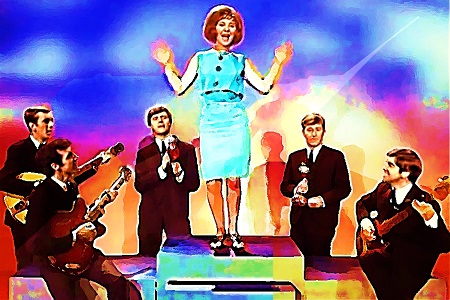