In this third extract from his book A Classless Society: Britain in the 1990s, Alwyn Turner looks back at the premiership of John Major, which came to an end on 2 May 1997.

For John Major, defeat in the 1997 general election was the event for which he had been preparing himself for the last five years. On the day after the 1992 victory he had discussed the result with Chris Patten and concluded that winning next time was unlikely: ‘I believed we had stretched the democratic elastic as far as it would go.’

That had become conventional wisdom over the ensuing period. ‘You can ask the people to elect you once or twice or even three times, and to do so with fair conviction,’ the journalist Robert Harris had written in 1996. ‘But once you start going back and demanding fourth or even fifth helpings of power, you cannot help but look greedy.’

That everything had gone so badly wrong merely confirmed this accepted wisdom, so that there were few options left save for gallows humour. ‘If I had stood unopposed,’ joked Major later, ‘I would still have come second.’ Even so, the enormity of the humiliation was beyond nightmare, and there was a great deal of truth in Robin Cook’s jibe on election night. ‘This is a time to be magnanimous,’ he smirked. ‘It would be churlish to deny the Conservative Party their part in our victory tonight.’ 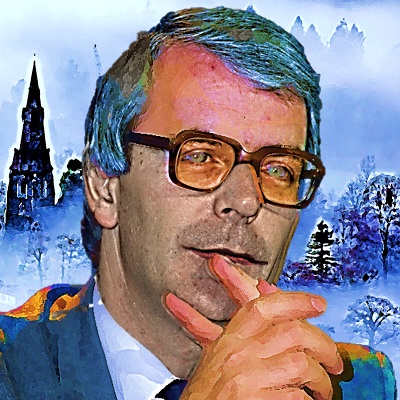 In a better world, Major would have stayed on as leader of his party, just as James Callaghan had after the 1979 election, to give the Tories a chance to adjust to their new circumstances and to conduct a proper inquiry into what had gone so appallingly wrong.

But, unsurprisingly, he’d had enough by now. For over four years he had been under constant attack from members of his own party, and he announced his resignation immediately, much to the disgust of at least one erstwhile colleague. ‘It was disgraceful to resign when he did,’ complained Michael Portillo, a year on. ‘Totally selfish.’ There was, of course, a certain self-interest in this position; had Major stayed on, it would have given Portillo a chance to get back into the Commons in a by-election and fight for the succession.

In fact, Major’s exit was as dignified as had been his entrance and – for the most part – as had been his conduct during his time in office. ‘When the curtain falls, it’s time to get off the stage,’ he told the assembled media, while quietly he left behind a bottle of champagne for Tony Blair, with a note saying: ‘It’s a great job – enjoy it.’

Any sober judgement on Major’s conduct of economic policy in office would have to take account of the terrible slump of 1990–2, exacerbated by membership of the ERM – the mass unemployment, bankruptcies and home repossessions – and of his role, first as chancellor and then as prime minister, in those events.

When he came to write his memoirs, however, he glossed over ‘the recession I inherited’, and relied instead on a simple audit of the position to which he had succeeded, as compared with the one he passed on.

Interest rates had fallen from 14 to 6 per cent, unemployment from 1.75 million to 1.6 million and, most importantly of all, the inflation that had bedevilled Britain for decades was finally under control, reduced from 9.7 to 2.6 per cent. The tax burden had increased as a share of GDP, but only marginally, from 36.3 to 36.6 per cent, and the economy had been growing for sixteen consecutive quarters. Inequality in wealth, having grown dramatically under Margaret Thatcher, had reached a plateau under her successor. On two key measures of Thatcherite policy, the number of owner-occupied houses continued to grow, but the number of shareholders fell from its peak of eleven million in the late 1980s to just seven million by the time Major left office.

There had been hard times in the early 1990s, when ‘all the economic indicators worsened’, but overall, he was happy to conclude: ‘It was a fine legacy.’ As Treasury officials told Gordon Brown, when outlining the economic position immediately after the election: ‘These are fantastically good figures.’

Major could have gone further and claimed, with some justification, that spending on health and education was increasing in real terms – though the electorate failed to discern the impact – and that the official crime rate, once considered impervious to political initiatives, was falling, even if no one believed the figures.

He had also articulated a post-Thatcherite, Conservative vision of where the country could go, had anyone cared to listen. And, in political terms, there was one towering achievement which none could deny: he had won in 1992, finally persuading the Labour Party to adopt the Tory agenda. ‘Margaret Thatcher buried old Labour,’ reflected Tristan Garel-Jones, ‘but John Major laid a lump of granite on the grave.’

Yet this was the man who had led the Conservative Party to its worst election result for a century and a half. But perhaps ‘led’ is too strong a word, for there was little inclination in the parliamentary party to accept the discipline of leadership.

And there was only one real, underlying cause for the disasters of the last few years. All the sleaze and the scandals, whether sexual or financial; all the errors of judgement about closing down mines, adding VAT to domestic fuel or the shackling of pregnant prisoners; all the awkwardness about a new cultural movement and about the tolerant society it ushered in – ultimately these should have been the flotsam and jetsam of politics, bobbing impotently on a rising tide of prosperity. Even the recession might have been forgiven, if not forgotten.

But they were given significance, and the state of the economy was deemed irrelevant, because there was Europe, and because Margaret Thatcher and all those loyal to her memory had finally decided that Enoch Powell had been right after all; this was the question that transcended all others, reaching beyond even party loyalty. 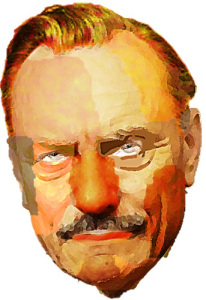 Ultimately, everything came back to this one subject, whether it manifested itself in Black Wednesday or the Maastricht Treaty, the beef ban or Red Hot Dutch. The position of Britain in relation to the rest of Europe had become the defining issue of post-Empire politics, and a group of obstinate Conservative MPs insisted on regarding the question as one of principle rather than pragmatism.

‘I felt it was beyond the normal ability of someone who felt strongly about constitutional issues that he simply obey the party line,’ said Iain Duncan Smith, and there were enough others who agreed with him, supported by a substantial section of the Tory press, to make Major’s period of leadership almost impossible.

In the process they almost destroyed the Conservative Party. Way back in 1961, Harold Macmillan had warned that membership of the European Community ‘could break the Tory Party’, though he added privately that he wasn’t overly concerned about the possibility: ‘It never hurt the Party to split over something that was really in the national interest.’

The reality had been worse though: the party had not split. Instead, the acrimony and the disloyalty and the factionalism had bubbled away inside, until every part of the body was diseased. When it came to a critical moment, and Major put down one of his confidence motions, the Eurosceptics could just about be relied upon to fall into line, but the damage caused by the rebellions and squabbles in the periods between those votes was enormous.

The prospect of perpetual Tory government, that had loomed so large in 1992, now looked merely risible, replaced by the likelihood of opposition for the foreseeable future.

From a purely party perspective, the actions of the Eurosceptic MPs and their journalist cheerleaders were entirely negative; the bitter divisions that were opened then would take a generation and more to heal. The Tories split between ideologues and managers, with the supposed leader desperately trying to ride both horses.

‘Majorism’, as defined by John Cole, was ‘doing the best a prime minister could in difficult circumstances.’ But neither Major, nor probably anyone else, could unite a sullen, dissatisfied tribe. ‘There’s no banter, no joshing, no camaraderie,’ observed John Patten of the parliamentary party in 1997. ‘Can’t you feel the terrible hatred that there is in this place?’

In terms of their overriding concern, on the other hand, the Eurosceptics could claim a qualified victory. The drive towards European integration continued, but on the biggest question of all they had prevailed: Britain was unlikely to join the single currency when it was launched.

Moreover, the case had been made with sufficient force that it became a toxic issue for the incoming government as well. Opinion polls at the time of Maastricht had shown a majority against the Treaty, and that tendency grew; the proportion of people favouring a complete, unequivocal withdrawal from the EU rose from 29 per cent just before John Redwood’s leadership challenge to 38 per cent at the start of 1997. Whatever else the Tories left behind for Labour, there was precious little enthusiasm for the European project. 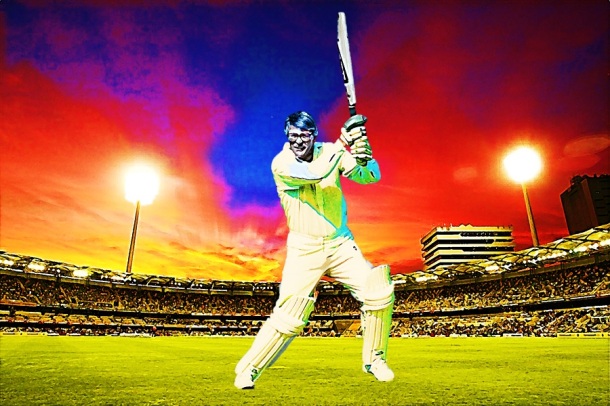 An old cricketer, just before leaving the crease.

Happily for John Major, that was no longer his concern. In 1995, having announced his resignation as Conservative leader in his ‘put up or shut up’ ultimatum, he had gone to Lord’s cricket ground to watch the third day of England’s Test match against the West Indies, and had taken heart from the applause that ensued when a shot of him was projected onto the big video screens: ‘I was warmed and encouraged by this response.’

Now, having resigned for a second and final time, he went to the Oval, where he watched Surrey play the British Universities in a fifty-overs match. For a man who had fought so hard all his life to overcome the limitations of his education, there was something entirely appropriate that the county club he had supported since childhood (and of which, in 2000, he was to become president) should triumph over the combined universities by six wickets, with nearly twenty-five overs to spare. It was even more pleasing that they should do so at the ground so close to his heart that he had chosen it as his luxury item when appearing on Radio 4’s Desert Island Discs.

Again Major encountered the warmth that he so often brought out in people he met in person. ‘You had a rough decision, mate,’ one of the spectators called out to him, and the simple dignity of his response encapsulated some of the character that had helped him win that extraordinary victory, five long years ago: ‘Perhaps. But the umpire’s decision is final.’ 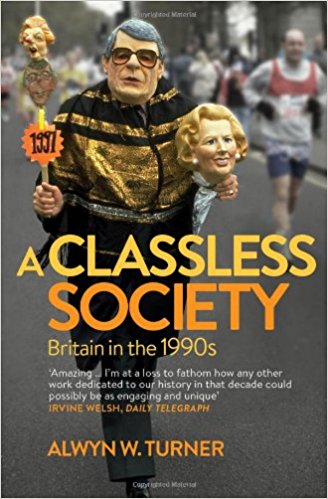 Available in paperback from all good booksellers.