One hundred and sixty years ago, in August 1857, Parliament passed Britain’s first Obscene Publications Act. It was largely the work of the then Lord Chief Justice, Lord Campbell, a man who was born, the son of a Presbyterian minister, in Fife in 1779, and who had originally intended to follow his father into the ministry. The provisions of the Act remain on the statute book, shaping legal attitudes to obscenity in the twenty-first century. 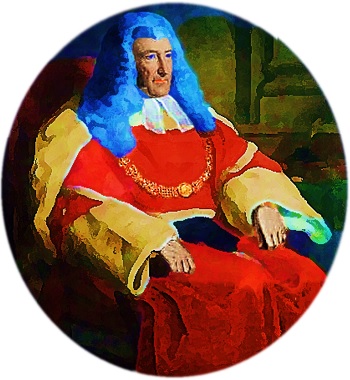 There was already an offence at common law of obscene libel, which covered the publishing of obscene material. That had been around since the trial of publisher Edmund Curll in 1725. There were also laws against displaying obscenity in shop windows, selling such material in the streets, and importing it.

What the 1857 Act added was the power of search and seizure.

It enabled the police to apply to a magistrate if they suspected that obscene material was being kept in a named premises for purposes of sale. A warrant would then be issued authorizing the police to raid the premises and seize all suspect material. In order to avoid a destruction order, the owner was then obliged to argue in a magistrate’s court that it was not obscene. There was also a final appeal process, should the magistrate’s decision be unfavourable.

In other words, it reversed the traditional principle of innocent until proved guilty. It was now the responsibility of the individual to prove to a court that their property was legal.

There was an added hurdle: the Act didn’t define what obscenity was. Whether a particular book or picture was obscene would, said Campbell, ‘was left to the jury to decide,’ conveniently ignoring the fact that, in the first instance, it would actually be for a magistrate to decide. There were concerns that the law might strike against serious artistic work, but no one could find a formulation that distinguished between the high-brow and the trash, so it was left open. ‘The rule in all such cases,’ reflected The Times, ‘is to give the power, and to leave it in the discretion of the authorities only to employ it on proper occasions.’

A decade on, and Sir Alexander Cockburn, Campbell’s successor as Lord Chief Justice, handed down a ruling in 1868 that was subsequently considered to be the legal definition of obscenity:

I think the test of obscenity is this, whether the tendency of the matter charged as obscenity is to deprave and corrupt those whose minds are open to immoral influences, and into whose hands a publication of this sort may fall.

Since, however, there was no legal definition of either ‘deprave’ or ‘corrupt’, the matter was effectively handed back to the magistrates and juries to decide.

The new legislation was enacted in tandem with the existing common-law offence: a magistrate’s order that material be destroyed was frequently followed by a prosecution for obscene libel, against which it was hard to mount a defence, given the previous judgement. Between them, these two laws governed British publishing for a century.

In a vast majority of cases, the targets were those that Lord Campbell had intended: pornographers, publishers of trashy literature, and purveyors of indecent ephemera, from seaside postcards to rubber dolls – in short, material to which the working class might have access, but which was not good for them.

The law was used on occasion to suppress medical texts, from Annie Besant and Charles Bradlaugh in 1877 to Edward Charles’s The Sexual Impulse in 1935, but high art remained mostly untouched. Despite prosecutions of Emile Zola’s La Terre and Nana in English translation in 1888–89, of D.H. Lawrence’s The Rainbow in 1915, and of Radclyffe Hall’s The Well of Loneliness in 1928, the truth is that very few literary works were actually put on trial.

But then the power of the Act, as far as artists were concerned, lay in its role as a deterrent. As Leo Tolstoy once pointed out: ‘What matters is not what the censor does to what I have written, but to what I might have written.’ 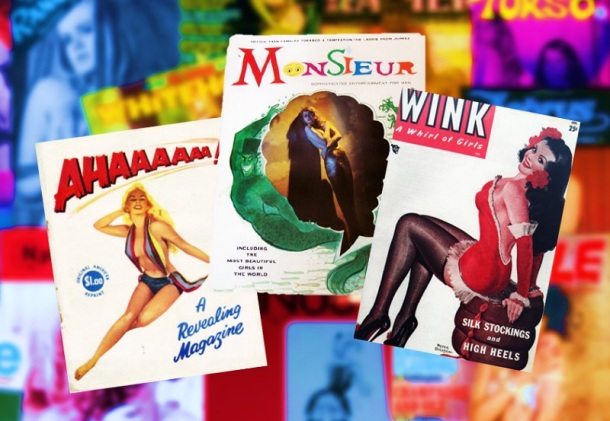 The irrationality of the Act was illustrated in 1953, when the shop of Elsie Foulds in Swindon was raided and 348 items were seized, of which magistrates ordered 197 (representing over fifty titles) to be destroyed. Among the offending articles were examples of the hard-boiled action thriller that had sprung up in the wake of James Hadley Chase – books like Nat Karta’s The Foolish Virgin Says No, Gene Ross’s Corpse in the Boudoir and Hank Janson’s Don’t Mourn Me, Toots – as well as several magazines including: Ahaaaaaa!!!, Desirée, Flip, Monsieur, Nifty, Oooooo!!!, Pidgy, Radiant, Tricky and Wink.

All these were typical of the usual police targets. Also included, however, was a two-volume edition of Giovanni Boccaccio’s fourteenth-century classic The Decameron. The decision to burn Boccaccio was widely ridiculed in the press, particularly when it was discovered that a copy of the book was available on the shelves of Swindon Public Library, and an appeal was lodged, at which the destruction order was overturned.

The arguments advanced on both sides suggested that little had changed in over a century. The prosecution said it was a question of context: ‘The question that arises here is whether works possessing literary merit may yet be obscene when placed in the setting furnished by a bookseller’s shop in Swindon. These books could only have been there in order to attract people who are looking for obscene literature.’ The defence, meanwhile, pointed to the fact that The Decameron was priced at three guineas: ‘the book was very different from the other filth which was seized and the difference was increased by the remarkable difference in price’.

Both parties subscribed to the belief that a line could still be drawn between literature and filth, but – while it seemed that works from the Renaissance were secure – this was becoming increasingly difficult to sustain with modern fiction.

That became clear later in 1954 when the Old Bailey trial of Hank Janson’s publishers was followed by a string of prosecutions of respectable, high-brow houses for literary novels that were considered to have transgressed, either in subject matter or treatment: Hutchinson & Co, Martin Secker & Warburg, T. Werner Laurie, Arthur Baker, William Heinemann. Of these, only Hutchinson and Werner Laurie were convicted, but the cases shook the literary establishment.

A group of worthies – including Bertrand Russell, Compton Mackenzie, J.B. Priestley, H.E. Bates and Somerset Maugham – wrote an open letter deploring the prosecutions, which, they said, threatened to establish ‘something like a police censorship on literature’. They were keen to stress that they were only interested in protecting literature, the kind produced by ‘authors who claim the liberty and the right of describing the realities of life, freely and fearlessly for adult minds’, while making clear that they didn’t wish to defend dirty books: ‘It is, of course, recognized by all decent authors that certain books of an entirely obscene and filthy kind should be condemned and destroyed.’

It took five years of lobbying and compromise, but the result of the campaign tarted by that letter was a new Obscene Publications Act, passed in 1959. The sub-title spelt out the twin aims: ‘An Act to amend the law relating to the publication of obscene matter; to provide for the protection of literature; and to strengthen the law concerning pornography.’

The big development was in Section 4, which allowed, for the first time, a ‘defence of public good’, based on artistic, literary, academic or scientific merit – complete with the right to call expert witnesses – so that an obscene publication was to be permitted so long as it was suitably highbrow in its appeal. This has generally been seen as a major step forward, the dawning of what the Bill’s sponsor, Roy Jenkins, was later to call ‘the liberal hour’ of the 1960s.

What has been less widely noted is that the 1959 Act did not so much replace as incorporate the 1857 legislation. Section 3 kept the old procedure in place:

If a justice of the peace is satisfied by information on oath that there is reasonable ground for suspecting that, in any premises … obscene articles are, or are from time to time, kept for publication for gain, the justice may issue a warrant under his hand empowering any constable to enter (if need be by force) and search the premises … and to seize and remove any articles found therein or thereon which the constable has reason to believe to be obscene articles and to be kept for publication for gain.

This was entirely as laid down by Lord Campbell a century earlier. Again, it was the responsibility of the owner to prove why the seized material should not be destroyed, while the right to appeal against any such destruction order remained as before.

The co-existence of the two Sections was significant. The high-profile trials that followed ­– Lady Chatterley’s Lover, Oz, Inside Linda Lovelace – tended to allow Section 4 defences and led to what was assumed to be the freeing of the written word. Section 3, however, continued to be widely used (and abused, as the 1970s prosecutions of the Obscene Publications Squad demonstrated) to attack the pornography trade.

It also proved to be entirely open to local interpretation: when James Anderton was appointed Chief Constable of the Greater Manchester Police in 1976, he made obscenity a high priority and over the next five years premises were raided at an average of one every other day, with material seized ranging from Peter Cook and Dudley Moore’s video Derek and Clive Get the Horn to The Sun: Page 3 Girls. Nor was the written word quite as safe as had been imagined, after Samuel R. Delaney’s serious – though sexually transgressive – novel The Tides of Lust fell foul of the Manchester police, and saw its publisher, David Britton of Savoy Books, sent to jail.

Nothing here had moved on since 1857. Further, no more satisfactory definition of obscenity had been arrived at, so that Cockburn’s judgement remained virtually intact in the 1959 Act:

an article shall be deemed to be obscene if its effect … is, if taken as a whole, such as to tend to deprave and corrupt persons who are likely, having regard to all relevant circumstances, to read, see or hear the matter contained or embodied in it.

There were a couple of new qualifications – ‘taken as a whole’, ‘having regard to all relevant circumstances’ – but the essence remained as Cockburn handed it down in 1868.

The only real change was that where the publishing of an obscene libel – being part of the common law – carried a maximum sentence of two years, Section 2 of the 1959 Act made conviction on indictment punishable by a maximum of three years. The Criminal Justice and Immigration Act 2008 increased this still further to five years. A hundred and sixty years on from the first Obscene Publications Act, the law is harsher now than it was in Victorian Britain.