‘Laura Pidcock, Show Racism the Red Card campaigner and Northumberland’s youngest county councillor, will share her experiences as a young woman in the male-dominated field of local politics and will also consider how race, age and feminism intersect, drawing upon her campaign work.’ – Northern Echo (2015) [i]

‘Ms Pidcock works for an anti-racism charity and is an active campaigner with a range of women’s groups and feminist network. She introduced Mr Corbyn at his packed-out Newcastle rally and is a regular speaker at events organised by the Centre for Labour and Social Studies (Class) think tank and sits on the Regional Political Committee of Unite. Widely tipped to be an MP should 71-year-old Ronnie Campbell throw in the towel at Blyth Valley, she topped the vote and won a place on the National Policy Forum, marking her out as a serious political operator.’ – The Journal (2015) [ii]

‘Labour councillor Laura Pidcock attacked MPs who were “ready to pounce” on Mr Corbyn at the earliest opportunity. She added: “We are not going anywhere, we’ll not be ignored and we will stand firm.”’ – Evening Chronicle (2016) [iii]

‘I will be vociferous in campaigning against the Conservative cuts and the impact they have had on this area. It is up to MPs in the region to stand up against the economic incredibility of the Tories.’ – Laura Pidcock (2017) [iv]

‘Laura Pidcock, who has been selected as the party’s candidate to defend North-West Durham at the forthcoming General Election, lost her seat on Northumberland County Council to the Conservatives by 325 votes.’ – Northern Echo (2017) [v]

‘From a very, very young age I was taught to see everything through a political lens and through a class lens.’ – Laura Pidcock (2017) [vi]

‘She is absolutely fearless. She is the strongest person I know and always says what she means even when it is hard. She made it her business to get involved in politics. She grew up in poverty and was one of seven. She knew that the poverty she endured was not her fault, it was structural. She often couldn’t go to school because they couldn’t afford a uniform, so she made sure that she went back to study when she was older. She also was adamant that me, my brother and sister all went to university.’ – Laura Pidcock on her mother (2017) [vii]

‘What I can tell you is that in the classrooms that I visit as an anti-racism education worker, these crude stereotypes that see Britain as a civilised place and overseas as tribal is an extremely homogenising sentiment and I think it’s incredibly damaging.’ – Laura Pidcock (2013) [viii]

‘What we are seeing is a process of homogenisation between immigrants and Islam. Young children equate immigrants with Muslims, and Muslims with immigrants. There is a perception of Muslims as a single collective body and a sense that this can be a threat. We would like to see room made in the curriculum for the sort of work that encourages pupils to think for themselves and challenge these sort of views.’ – Laura Pidcock (2015) [ix]

‘Anyone in a position of influence who uses dehumanising language is part of the process of dehumanisation, especially if they are someone who has a massive platform like the prime minister. Using “swarming” as language to describe humans who are fleeing persecution is definitely going to compound the notion that immigrants are here to exploit the place and make it less attractive.’ – Laura Pidcock (2015) [x]

‘Anti-racism education has never been more necessary. Young people and adults need the opportunity to have a safe and non-judgemental space to explore their own prejudice and develop techniques and strategies to overcome them.’ – Laura Pidcock (2015) [xi]

‘The climate post-Brexit has brought to the surface anti-immigrant sentiment, anti-Muslim prejudice and other discriminatory behaviours, meaning that the profile of hate crime has risen. Worryingly we know that hate crime is vastly under-reported.’ – Laura Pidcock (2016) [xii]

‘It’s a ridiculous place. Obviously it’s steeped in history and ritual and it is to be admired for that, but it is really opulent: it’s the poshest community centre I have ever been in. It is really detached from the society it is supposed to represent. I couldn’t wait to get back home.’ – Laura Pidcock on Parliament (2017) [xiii]

‘It reeks of the establishment and of power; its systems are confusing – some may say archaic – and it was built at a time when my class and my sex would have been denied a place within it because we were deemed unworthy. I believe that the intimidating nature of this place is not accidental. The clothes, the language, and the obsession with hierarchies, control and domination are symbolic of the system at large.’ – Laura Pidcock on Parliament (2017) [xiv]

‘My very, very initial reflections are that there are two basic types of Tory. You’ve got the ones like Boris Johnson who are so blinded by their own privilege and have never experienced hardship, that they genuinely seem unable to see what it’s like in our communities. The other type is completely ideologically driven. They seem genuinely to believe capitalism is the best way to improve society and it blinds them to the evidence under their nose. Whatever type they are, I have absolutely no intention of being friends with any of them.’ – Laura Pidcock (2017) [xv]

‘I’m perfectly civil, I’m nice, I’m friendly. But the idea that to actually get things done you’ve got to have these private background conversations, you’ve got to go to the Strangers’ Bar and fraternise – that’s not a democratic process.’ – Laura Pidcock (2017) [xvii]

‘There is a big problem in our politics when an MP from one party refuses to be friends with those of another.’ – Theresa May (2017) [xviii]

‘I met Laura Pidcock and said to her “That’s a silly thing to say”. She reckoned she didn’t say it.’ – Conservative MP Gillian Keegan (2017) [xix]

‘I’m very friendly with Conservatives because they are humans.’ – Laura Pidcock (2017) [xx] 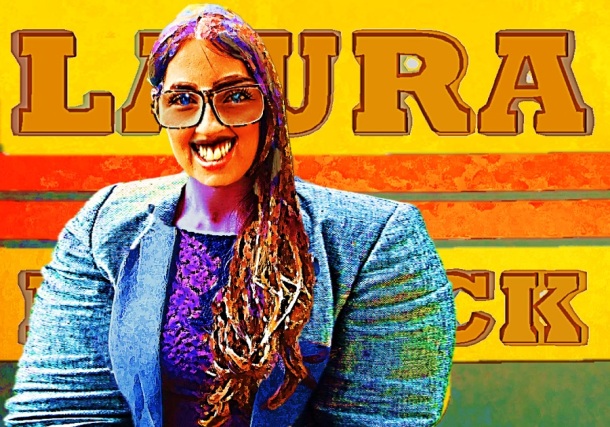 ‘I have not been sexually harassed at Westminster, but I have faced sexism and people often think I’m someone’s wife or assistant.’ – Laura Pidcock (2017) [xxi]

‘There is sexism, and that forms part of the continuum right up to sexual harassment, sexual violence and rape.’ – Laura Pidcock (2017) [xxii]

‘This issue [of self-identifying gender] leaves Corbyn with a genuine political dilemma. Self-ID is an article of faith for his young social justice warrior base. Yet both of the women suspended are passionate Corbynistas. His loyal lieutenant Laura Pidcock MP opposes self-ID.’ – Times (2018) [xxiii]

‘Feminism without socialism is nothing.’ – Laura Pidcock (2018) [xxiv]

‘Pictures of gender-balanced boards or of women chief executive officers might be glitzy, but they are a distraction from the material reality of working-class women in this country.’ – Laura Pidcock (2018) [xxv]

‘Universal credit is clearly designed by people who lack knowledge and experience of poverty and of what it is like to be an unemployed worker, and who have no experience of the full impact that this policy will have on claimants.’ – Laura Pidcock (2017) [xxviii]

‘Laura Pidcock, who has led calls for a pause [in rolling out universal credit], asked Prime Minister Theresa May whether the problems in the rollout were a result of “gross incompetence or calculated cruelty”.’ – Evening Chronicle (2017) [xxix]

‘When you get elected to Parliament at such a young age, the one bit of advice I do give to colleagues is that it’s a marathon, not a sprint. But I do think she’s got quite a future ahead of her.’ – Tom Watson (2017) [xxxi]

‘I think Laura Pidcock’s a fantastic MP. She has my complete support.’ – Jeremy Corbyn (2017) [xxxii]

‘Jeremy Corbyn is truly the most grounded and genuine person in Westminster.’ – Laura Pidcock (2017) [xxxiii]

‘Ms Pidock is promoted to shadow minister for labour just seven months into her career as an MP.’ – Daily Telegraph (2018) [xxxiv]

‘Pidcock, 30, is seen by the left as the best option to succeed Corbyn, 68, should he choose to stand down before the next election. A member of the shadow cabinet told the Sunday Times: “Jeremy’s people have gone off Rebecca Long-Bailey. That’s why they’re promoting Pidcock. She’s the new chosen one. She’s getting a lot of support from the leader’s office and they’re promoting her on social media.”‘ – Sunday Times (2018) [xxxv]

‘The North West Durham MP is 33-1 to take over the party once Jeremy Corbyn steps aside, according to Ladbrokes.’ – Sunday Sun (2018) [xxxvi]

‘I have never subscribed to the idea that politics is about personalities. I understand why the media likes to make it about animosity and conflict. But it is about issues.’ – Laura Pidcock (2017) [xxxvii]

‘I do not care at all if people attack me for my politics. If people are calling me a silly little bitch, it detracts from the strength of their argument.’ – Laura Pidcock (2018) [xxxviii]

‘It might not seem a huge issue that BBC Newsnight photoshopped Jeremy Corbyn’s hat to look more Russian, or that Evan Davis denied it. But in the broader context of media smearing of the Labour leader, it becomes pretty unacceptable.’ – Laura Pidcock (2018) [xxxix]

‘I want my constituents to know that, all things being well, I will be having a child in late July and I’m over the moon.’ – Laura Pidcock (2018) [xl] 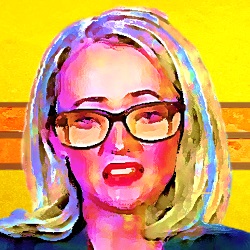 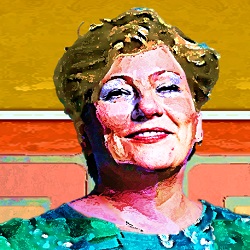 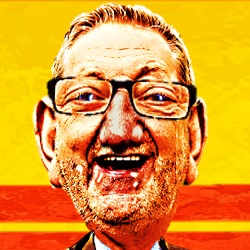 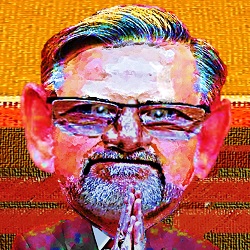 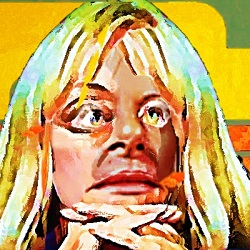 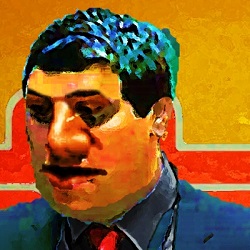