Following a catastrophic general election defeat in 1997, the Conservative Party elected a new leader in William Hague. This extract from Alwyn Turner’s A Classless Society: Britain in the 1990s looks at his attempts to rebuild the party.

William Hague’s victory in the leadership election was built on two key factors. First, he was seen as a moderate Eurosceptic, sufficiently opposed to the EU to attract right-wing support, but not so opposed that he would panic Europhiles into leaving the party. In fact he had, on this and on other issues, kept his head down during his eight years in Parliament, remaining sturdily loyal to the leadership. ‘It’s not the job of a junior minister to go rampaging round taking up positions on the wings of the party,’ he explained in 1994.

And second, he was considered by some to be the Tory answer to Tony Blair. A 36-year-old, state-educated Yorkshireman, with a voice somewhere between those of Harold Wilson and of Peter Sallis in the Wallace and Gromit films, he was seen as the young, classless embodiment of the Conservative Party’s future. Rather neatly, he promised a ‘fresh start’, borrowing the slogan of the Maastricht rebels while hinting at a Blairite clean slate.

Hague’s age was, initially, one of the few things that attracted attention. The youngest leader of the Tories since William Pitt the Younger, more than two centuries earlier, he seemed to the public even more youthful than that, for his image was still dominated by his appearance as a sixteen-year-old at the 1977 Conservative conference. Then, as a pudgy-faced schoolboy, his hair (long by Tory standards) clashing somewhat with his tweed jacket and sensible tie, he had caused a sensation, urging a future Thatcher government to ‘roll back the frontiers of the state’ and to ‘create a capital-owning, home-owning democracy for the young people’.

Twenty years on, he still stood for the same principles, but the memory of that speech now merged all too easily with the character of Tory Boy, the smug, intolerant adolescent, created and played by Harry Enfield, who sneered his contempt for the unemployed and those on benefits. Julian Critchley referred to Hague as ‘a juvenile lead’, while Labour’s Tony Banks joked that the Conservatives had ‘elected a foetus as party leader’, adding maliciously: ‘I bet there’s a lot of Tory MPs that wish they hadn’t voted against abortion now.’

Hague also faced some criticism from the Daily Telegraph for saying that he wasn’t opposed to the idea of gay marriages, and during the leadership election rumours circulated about his sexuality. His team was full of ‘bachelor boys’, ran a jibe said to have originated with Iain Duncan Smith, who was running John Redwood’s campaign, though Hague was by now engaged to Ffion Jenkins, a civil servant he had worked with in the Welsh Office. ‘I like women so much I have even decided to marry one,’ he joked.

Despite some impressive performances at prime minister’s questions in the Commons – for he was a witty, quick-thinking debater, and won the Spectator’s Parliamentarian of the Year award in 1998 – Hague’s cause wasn’t helped by some early misjudged attempts at photo-opportunities.

Most notoriously these included a ride on a water-chute at Flambards theme park in Cornwall, for which he sported a personalised baseball cap, and an appearance at the Notting Hill Carnival, posing with Ffion, as they sucked through straws at a rum punch served in coconut shells. He looked game but awkward, and no one believed he would be doing such things had cameras not been present.

The ridicule he faced for these ventures was matched only by the media’s studied refusal to recognise him at other times. He was ‘the only person to have one of those “Where are they now?” features written about him whilst leader of the Conservative Party’, mocked Peter Baynham on The Friday Night Armistice. ‘The Tories are a waste of space,’ wrote Richard Littlejohn in the Sun, ‘and by choosing William Hague have replaced Captain Mainwearing with Private Pike. Stupid boy.’ As often, Frank Johnson had the best line, comparing Hague to an asylum seeker: ‘a man with a well-founded fear of persecution in his own country’.

Of all the many negative comments, however, perhaps the most perceptive was that of Alan Clark, who described Hague as a ‘shifty little bureaucrat’. For, in keeping with his role model, Tony Blair, the new leader saw his primary objective to be not policy development but structural reform of his party.

Hague faced an appallingly steep uphill climb as leader of the opposition. Not only were the ranks of Conservative MPs severely depleted, but the possibility existed that an end to the slaughter might not have been reached. Dozens of once-safe Tory seats were now held by such slim majorities that they had to be considered marginal, and could fall next time around.

Outside Parliament, an even more sorry story was to be found. The average age of members was sixty-four (twenty years older than the Labour average) and estimates suggested that membership numbers had fallen by as much as two-thirds since 1992. When Michael Spicer tried to form a new local branch in his constituency in 1994, the meeting attracted just five people, three of them – including a woman celebrating her ninety-second birthday – having turned up by mistake. An eighty-year-old wondered why she was being thanked and had to be told that she’d just been appointed to sit on the branch committee. ‘Thus was the new branch formed,’ wrote Spicer in his diary, with bleak humour, ‘vigorously to bang the drums for the Conservative message and to take it into the future.’

Nationally the party was overdrawn by £3.5 million, having spent more than twice as much when losing the election as it had when winning in 1983, even if inflation was taken into account. And there were far fewer major donors around to make up the shortfall, now that, as the BBC’s political editor Robin Oakley pointed out on election night, ‘it looks as though Labour will be there for a couple of terms’. The only real big spender left in the Tory camp was the businessman Michael Ashcroft, appointed by Hague as the party treasurer despite concerns about his tax arrangements and overseas business interests.

Meanwhile, many of those groups who had once been considered soul-mates of the Conservatives – the churches, the universities, the professions – had been driven away during the Thatcher revolution, when big business was courted at the expense of the traditional establishment.

‘Our current organisation is not up to the job,’ admitted Hague, as he gazed around at the ruins of what had, until very recently, been the most successful party machine in the history of modern democracy. ‘No change is not an option. We need to renew our organisation, rebuild our membership and rejuvenate our party.’

He was right. Unlike the Labour Party, for whom the rewriting of Clause IV had been a largely cosmetic exercise in what was now called ‘sending out signals’, the Conservative Party really was in desperate need of reform. Even its name was slightly misleading, for there was no such legally constituted entity as a Conservative Party. Rather there were three separate bodies: the parliamentary party, together with peers and MEPs; the full-time staff at Central Office, reporting to the leader of the parliamentary party; and the National Union, which brought together the voluntary organisations and constituency associations. Formally and technically, these three groups had no influence over each other.

This had once been seen as a virtue (before the election, Labour’s general secretary, Tom Sawyer, had expressed his admiration of the ease with which a Tory leader could manoeuvre since ‘internal democracy is virtually non-existent’), but it had also caused enormous strain in recent years. However much, for example, John Major might have wished that Neil Hamilton had not been a candidate in the general election, ensuring that sleaze remained in the headlines, there was nothing he could do about it. ‘The selection of a candidate is the responsibility of the association,’ he pointed out, with a barely concealed note of frustration.

At Hague’s instigation, a single structure was now to be created, with representation from all sections of the party on a ruling board, akin to Labour’s national executive committee. Inevitably the net effect was to concentrate more power in the centre.

And there was to be a change to the MPs-only voting system that had given the Tories a succession of leaders, from Edward Heath to Hague himself. After some arguments between those who wished the MPs to retain the lion’s share of the votes when choosing their leader, and those prepared to hand over power to party members, a compromise was found whereby the MPs would vote on candidates until there were just two remaining; these would then go to a ballot of the whole membership (which meant that for the first time a national list of members had to be created).

A further change made it much more difficult to challenge an incumbent leader, in the way that had led to Margaret Thatcher’s removal; previously a candidate needed just a proposer and seconder, now 15 per cent of MPs were required to agree before a contest could be called.

There was something quite impressive about the way Hague pushed the reforms through, for he was hardly in the most secure position as leader. He had secured only a quarter of MPs’ first-preference votes when elected, and the last-minute support of Michael Portillo – while undeniably welcome – had been something of a barbed compliment; the suspicion was that Portillo was plotting a return to the Commons, and didn’t want to find anyone as substantial as Kenneth Clarke in situ when the next leadership contest came along.

That certainly seemed to be the perception of Thatcher, who was reported to be momentarily nonplussed when asked about the new leader. ‘William?’ she queried. ‘Oh, William. He’ll only be around for eighteen months. Until we get Michael back…’ 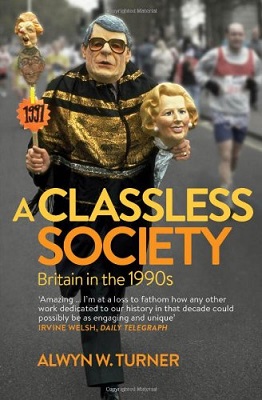 One thought on “‘Stupid boy’: Hague as leader”