On 11 January 1979, the front-page of the Sun covered a press conference given by the prime minister, James Callaghan. The headline – ‘Crisis? What crisis?’ – was one of the most memorable and enduring. On the fortieth anniversary, this is an extract from Alwyn Turner’s Crisis? What Crisis? Britain in the 1970s (Aurum, 2008)…

It was, to start with, bitterly cold, the coldest January since 1963. Weeks of frost, freezing fog, hailstorms, sleet and snow were followed in early February by a combination of a sudden thaw and heavy rain that produced widespread flooding. And then came yet more blizzards. In Scotland there were reports of beer freezing in pub cellars and of frozen waves in Oban harbour as the temperature plunged to –25º Celsius, while the whole country’s transport system struggled to cope.

Edward Heath had at least been lucky with the weather in 1973–74; in 1979, James Callaghan was not. ‘Let those who possess industrial muscle or monopoly power resolve not to abuse their great strength,’ he had pleaded in his New Year’s message. ‘Individual greed and disregard for the well-being of others can undermine and divide our society.’ His call fell on deaf ears and the New Year started instead with strikes by the drivers of oil tankers and lorries. A series of one-day stoppages by rail workers and even by short-haul British Airways pilots added to the problems.

Within days there was a fuel shortage, with just one petrol station reported open in Liverpool and with prices inflating daily from the existing 75p a gallon up to £2 and even £3 in some places. The AA warned drivers not to undertake long journeys: ‘They probably won’t be able to get back, because the situation is grim in many areas.’ Flying pickets sealed off the ports to lorries coming from abroad and fears of imminent food shortages sparked a wave of panic buying, many taking advantage of the deep-freezes that had become part of every middle-class household over the last few years. 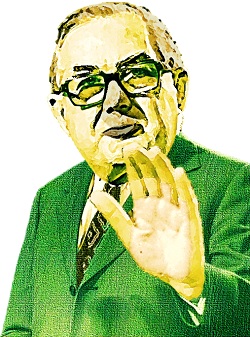 Two million workers were threatened with being laid off if the strikes continued, pigs were reported to be resorting to cannibalism as food supplies to farms ran low, supermarkets began rationing essentials such as butter and sugar, and newspapers shrank in size as supplies of newsprint dwindled. ‘The day when Brussels sprouts became a luxury,’ ran a headline in the Guardian.

Callaghan missed the onset of all this, being out of the country on a six-day trip to a summit meeting of Western leaders, a meeting which – to add insult to injury – was being held on the agreeably warm Caribbean island of Guadeloupe. His absence was duly noted, generally with an appropriately British reference to the weather. ‘Britain could well be on the brink of a disaster that will make Ted’s three-day week seem like a golden age,’ raged the Sun. ‘Meanwhile Jim yawns lazily on his tropic isle.’

He returned on 10 January to be met at the airport by journalists demanding to hear his comments on the mounting chaos in the country. Adopting the reassuring, emollient attitude that had served him so well over the years, he dismissed such concerns as being parochial in their vision: ‘I don’t think that other people in the world would share the view that there is mounting chaos,’ he said cheerily. For once he got it completely and stupidly wrong, misjudging the mood of a freezing, fed-up nation with catastrophic consequences.

And, although Callaghan had not uttered the phrase, had not even used the word ‘crisis’, the expression attached itself to him instantly and came to symbolize his premiership in the popular memory, his apparent dislocation from reality, in much the same way as Marie Antoinette will for ever be remembered as saying ‘Let them eat cake.’ (She, of course, was also misquoted.)

For several days the Sun ran a ticker tape across the top of its news pages with the words ‘What crisis?’ repeated over and over again, and it passed into other newspapers so that within a couple of weeks it had become the accepted shorthand to refer to the alleged indifference of the Labour movement to the people’s suffering. The formulation also became the key to Mike Yarwood’s impression of Callaghan: ‘I portrayed him as permanently believing that everything in the garden was lovely – “Strike? What strike?”’

The phrase, however, was not new. It had been used as a newspaper headline as far back as December 1973 when the Daily Mail had run a pair of linked articles by the humorists Frank Muir and Benny Green, trying to have some fun in a previous winter of industrial disruption. Even the Sun itself had used the same headline in a 1974 article, trailing a television programme in which David Dimbleby looked at American portrayals of contemporary Britain. And since then it had turned up as the title of the fourth album by the progressive-pop band Supertramp, which reached the top 20 in late 1975. The cover showed a man wearing bathing trunks and sitting in a deckchair under a sunshade, while behind him sprawled a bleak, grey industrial landscape.

In fact, the phrase derived ultimately from Kenneth Ross’s screenplay for the 1973 movie adaptation of Frederick Forsyth’s novel The Day of the Jackal. The terrorist group who are planning to assassinate Charles de Gaulle allocate to a female member the task of becoming the mistress of a senior official, so that they might keep track of the government’s movements. He stumbles into her apartment one evening, muttering his apologies for being late. ‘I didn’t go out,’ she says, ‘I just sat waiting for you to call.’ ‘It was impossible,’ he replies, ‘there was a crisis on.’ At which stage she utters the immortal words: ‘Crisis? What crisis?’ ‘Never mind,’ he answers, as though he can expunge the phrase from the record. But she continues to ask as she begins her seduction of him…

extracted from Crisis? What Crisis? Britain in the 1970s