‘My doctrine is this, that if we see cruelty or wrong that we have the power to stop, and do nothing, we make ourselves sharers in the guilt.’
– Anna Sewell, Black Beauty (1877)

If widely distributed by some rich and benevolent lady or gentleman among drivers, grooms and ostlers, the book would help much to diminish that abounding cruelty to horses which so sickens the human heart.
– Lichfield Mercury (1878)

Anna Sewell’s only book – published just five months before her death – was intended to urge on the Good Samaritan in us all. ‘Do you know why this world is as bad as it is?’ asks one character, and answers his own question: ‘It is because people think only about their own business, and won’t trouble themselves to stand up for the oppressed, nor bring the wrongdoer to light.’ Another is of the same mind: ‘with cruelty and oppression it is everybody’s business to interfere when they see it.’ In other words, the novel is part of the great 19th-century tradition of Christian campaigning, a current that found expression in the abolition of slavery, the passing of employment legislation, the fight against obscenity, and – in this instance – the call for animals to be treated humanely.

‘We have no right to distress any of God’s creatures without a very good reason,’ proclaims one of Sewell’s many surrogate voices; ‘we call them dumb animals, and so they are, for they cannot tell us how they feel, but they do not suffer less because they have no words.’ The point of Black Beauty is to give words to the dumb animals. And in the process, it gives us a fine example of late-Victorian thinking.

The story is a familiar 19th-century tale of the high-born hero brought low, assailed by troubles, and finally restored to social grace. It just happens that the hero here is a horse. Known at first and last as Black Beauty (though he has other names along the way), he relates his life as he passes through a succession of owners in country, town and city. And from time to time he talks to other horses to elicit their stories, thereby expanding the range of equine experiences that are depicted.

As early as the second page, we’re already clear where we stand in the class-system of Victorian Britain, as replicated in its livestock. Beauty spends his early life in a field with other colts and with his mother, Duchess, who teaches him his place. ‘The colts who live here are very good colts, but they are cart-horse colts, and of course they have not learned manners,’ she explains to him. Whereas: ‘You have been well-bred and well-born; your father has a great name in these parts, and your grandfather won the cup two years at the Newmarket races.’ With position comes responsibility, for even horses, it seems, are bound by noblesse oblige: ‘I hope you will grow up gentle and good, and never learn bad ways; do your work with a good will, lift your feet up well when you trot, and never bite or kick even in play.’

This advice stands Beauty in good stead as he encounters the vicissitudes of life; a hundred or so pages in, he’s describing himself as ‘handsome and high-bred, but fallen into the middle class’. Worse is yet to come and he reaches a critical point in his downward arc when he’s working for a cruel London cabbie and collapses in the street through overwork. Throughout it all, though, he retains his dignity and manners, so that even in his later years, when a kindly farmer examines him and says he looks like he’s ‘known better days’, there’s still the recognition that ‘there’s a deal of breeding about that horse’. He deserves a happy ending, and he gets one.

If all this suggests conventional attitudes towards class, there are some less obvious opinions to be heard.

One of Beauty’s owners is Jerry, a decent cab-driver, who’s asked at one point if he’ll take on a regular job driving a woman to Sunday service. He replies that he doesn’t work on Sundays. The Sabbath, he says, was instituted by God, as a day of rest for humans and their beasts. ‘He must have known what was good for them, and I am sure it is good for me; I am stronger and healthier altogether, now that I have a day of rest; the horses are fresh too.’ Not only that, but since Jerry has stopped working on Sundays, ‘I have laid by more money in the savings bank than ever I did before.’

It’s an intriguing development in the long argument over Sabbath observance: defended not so much because Sunday is the Lord’s Day, but because it’s good for the family and for business. This is a far more pragmatic line of reasoning that the one advanced earlier in the century by reformers such as William Wilberforce (another animal welfare enthusiast, incidentally, and one of the founders of the RSPCA).

Also working for Jerry is an old warhorse, Captain, who served in the Crimea and had his owner shot dead in the saddle above him. ‘I have heard people talk about war as if it was a very fine thing,’ says Beauty, and Captain has to put him right:

‘No doubt it is very fine when there is no enemy, when it is just exercise and parade and sham fight. Yes, it is very fine then; but when thousands of good brave men and horses are killed or crippled for life, it has a very different look.’

There’s no endorsement of hunting either, as Duchess makes clear early on: ‘I never yet could make out why men are so fond of this sport; they often hurt themselves, often spoil good horses, and tear up the fields, and all for a hare or a fox, or a stag, that they could get more easily some other way.’

The occasion for this latter observation is the death of a horse in a hunting accident. It is only later that Beauty discovers that the dead creature had been his brother, prompting him to reflect that domesticated animals are denied the comforts of family. ‘It seems that horses have no relations,’ he concludes; ‘at least they never know each other after they are sold.’

This is early on, a first sighting of what will prove to be a recurrent theme. When Sewell began writing, it was less than a decade since the Emancipation Proclamation, and Harriet Beecher Stowe’s Uncle Tom’s Cabin (1852) was still a hugely popular book in Britain. Black Beauty bears some comparison with Stowe’s novel, and is suffused with the imagery of slavery.

Beauty’s happy days of running free in the fields with his mother pass swiftly, and he has to be broken in. As he settles into his new life, he realizes that liberty is a thing of the past: ‘week after week, month after month, and no doubt year after year, I must stand up in a stable night and day except when I am wanted.’ And when he is called upon, there come the physical symbols of his bondage: ‘Straps here and straps there, a bit in my mouth, and blinkers over my eyes.’

Beauty’s next thought, however, takes us to the heart of so much Victorian culture: ‘Now, I am not complaining, for I know it must be so…’

It’s the same fatalistic shrug about the social hierarchy that was to be found on the music-hall stage, though there it tended to be expressed in comic form, as in Gus Elen’s ‘If It Wasn’t for the ’Ouses in Between’. The possibility of radical social change is not often raised in the popular culture of the period. Perhaps that’s an expression of the apparent permanence of the Empire: how could one mount an assault on an enterprise so vast and so secure? And perhaps, too, there’s a sense of patriotic pride: you might be at the bottom of the heap, but it is at least the biggest heap in human history.

One horse who does fight back against ill treatment is Ginger, a chestnut mare who acquires a reputation for being a trouble-maker in her youth when she shares a stable with Beauty. A chance encounter between the two horses many years later shows the consequences of resistance, for Ginger has been beaten into submission:

‘It’s no use; men are strongest, and if they are cruel and have no feeling, there is nothing that we can do, but just bear it – bear it on and on to the end. I wish the end would come, I wish I was dead. I have seen dead horses, and I am sure they do not suffer pain.’

It is part of the divine order that horses are destined to remain subservient to humanity, but that’s no reason to treat them badly. Indeed, precisely the opposite: it is a Christian duty to care for God’s simpler creatures. They just have to be taught properly. ‘Spoiling a horse and letting him get into bad habits was just as cruel as spoiling a child, and both had to suffer for it afterward,’ argues one character, while another says that animals ‘are like children, train ’em up in the way they should go, as the good book says, and when they are old they will not depart from it’. The rebelliousness of Ginger is a reflection on her masters. 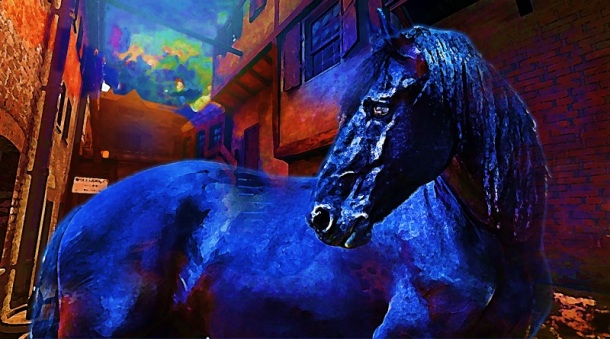 It’s been nearly fifty years since I last read Black Beauty. I liked it at the time and have thought of it fondly ever since, though it turns out I’d misremembered the contents – there’s nothing in here about a blind pit-pony, so I must have inserted that memory from some other book I read as a child. Still, I was pleased to see it stood up well. It’s a remarkably clean and direct piece of writing for its time: the style is easy, the chapters are short and, although it wasn’t aimed at children, that was where it soon found its readership.

‘While it may be read with pleasure and profit by educated people, it is an excellent book to put into the hands of stable boys, or any who have to do with horses,’ observed one contemporary newspaper. Another was even more certain: ‘The story of Black Beauty’s adventures will be of special interest to children,’ wrote one newspaper. Within a year of publication, it was being reported that various School Boards were buying copies for class-reading and for giving as prizes.

One odd thing that struck me. There’s a curious stylistic twitch in the naming of humans. Some of them exist at the level of stock types. A young horse-breaker without subtlety or sensitivity (he has to be lectured by his father that ‘a bad-tempered man will never make a good-tempered horse’) is called Samson, while another breaker, who ‘was steady and thoughtful’, is named Job. Similarly, a groom named Filcher is up to no good – he stints on buying feed so he might line his own pockets, and he is ultimately gaoled – while his replacement, Alfred Smirk, is ‘the laziest, most conceited fellow I ever came near’. This isn’t consistent, though, and some characters have perfectly normal names: George Gordon, Jerry Barker, Joe Green. I don’t know why this is. 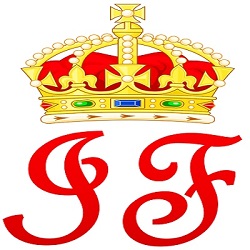