It’s thirty years since Margaret Thatcher was challenged for the leadership of the Conservative Party. The following is extracted from Alwyn W Turner’s Rejoice! Rejoice! Britain in the 1980s…

The resignation of Nigel Lawson as chancellor of the exchequer in October 1989 inevitably damaged Margaret Thatcher, but it was not necessarily terminal. Lawson was not a popular figure, and the issue of the ERM was not one to excite great public interest at a time when a descent into recession seemed more likely than not. Nor was the situation entirely unprecedented: Harold Macmillan had suffered the resignation of his entire treasury team in 1958 and yet had remained in power for another five years.

Certainly Thatcher gave no indication that she might moderate her abrasive style, even though it was now considered a liability by almost everyone. ‘After she had lost Nigel Lawson,’ wrote Tory MP Julian Critchley, ‘the pundits claimed that the one-time Iron Lady was suffering from metal fatigue, a condition which in no way diminished the intensity of her opinion or the rapidity of her tongue.’ Even when the unthinkable happened and she was challenged for the leadership, for the first time since she had been elected by the party nearly fifteen years earlier, she continued to imply that she had no intention ever of relinquishing it.

The system then operating to choose the leadership of the Conservative Party was one of the most subtle and sophisticated that had ever been devised. Its creator was Humphrey Berkley, a Conservative MP in the mid-1960s (though he later joined the Labour Party, before defecting to the SDP and then rejoining Labour), and it allowed for an annual election at the start of each parliament. Any MP was entitled to stand, providing that they had a proposer and seconder, whose names need not be made public, and only MPs were entitled to vote.

In order to win the first ballot a candidate needed to obtain not merely a clear majority of the votes cast but also a margin of 15 per cent over the second-placed candidate; if this condition was not met, then a second ballot would be held in which a simple majority would be sufficient to win. But crucially the rules allowed for candidates to enter the contest in the second round.

The intention was to allow a so-called stalking-horse candidate to be run against an incumbent leader, that is an MP who stood no chance of winning, but whose job it was to establish in the first round whether the leader enjoyed a sufficiently overwhelming body of support. Other, more weighty candidates could thereby keep their hands clean lest the challenge prove unsuccessful and they be accused of disloyalty. But if the challenge did prove that the leader was vulnerable, they could happily join in for the second ballot, insisting that they were standing for the good of the party rather than from any vaulting ambition on their own behalf.

This was precisely the system that had brought Margaret Thatcher to the leadership. She had challenged Edward Heath in 1975 when no one else was prepared so to do, and in some quarters she was regarded as being a stalking-horse. When she secured more votes than Heath in the first round, his position was revealed as being so weak that he had no choice but to step down, allowing what were supposed to be the serious candidates – led by William Whitelaw – to enter the fray. Except that she had built up such momentum that she won through.

Theoretically she had been re-elected to the post in the autumn of every year since, though no challenger had ever dared to make himself known. But now, from the mists of North Wales, there strode forth a champion, entering the lists on behalf of all those who felt she had reigned too long.

As a chivalric hero, however, Sir Anthony Meyer was not quite as impressive as one might have hoped.

An Eton-educated, hereditary baronet and a long-serving MP on the outermost liberal fringe of the party, he was five years older than Thatcher herself and virtually unheard of by the public, though he had been amongst those voting against the cancellation of the GLC elections. The term ‘stalking-horse’ was considered too grandiose for the occasion and instead  the press dubbed Meyer the stalking-donkey.

Mock as they might, he seemed content with his role and told anyone who’d listen that his quarrel with the prime minister was about style as well as content: ‘She seems to be convinced that she is invincible as well as infallible,’ he said, and he persuaded enough others that he secured the votes of thirty-three MPs with twenty-four others spoiling their papers. Thatcher, of course, won easily (she got 314 votes), but the fact that she had been challenged at all, let alone that there was a decent-sized minority refusing to support her, was worrying.

‘Although we all went round saying it was a great victory, it did give her prestige a knock,’ wrote Edwina Currie in her diary, and Ian Gow, an ardent Thatcherite, admitted that ‘he had a hard time persuading many colleagues to vote for the PM’. But she sailed on regardless. ‘I think that is good enough for me to carry on,’ she remarked breezily, and she paid no heed to Tory MP Tristan Garel-Jones when he warned: ‘There are a hundred assassins lurking in the bushes, prime minister. Those people will come back and kill you…’ 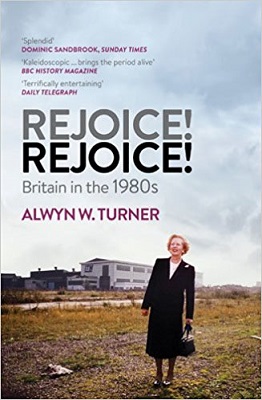