On the Sunday after Labour’s catastrophic performance at the 1983 general election, there was a gathering of the Left at Chris Mullin’s London home. Among those present were Jon Lansman, a key campaigner, Jeremy Corbyn, the newly-elected MP for Islington North, and a man who had lost his seat, Tony Benn.

With Benn now unable to stand for the leadership, much of the debate centred on the question of who the Left should support in the contest to succeed Michael Foot. But in his diaries, Benn breaks off from a description of the meeting to contemplate the Conservative landslide. ‘Many people will suffer terribly under the Tories and it is intensely distressing,’ he reflected sadly. Nonetheless, he was still optimistic about the party’s leftward lurch, despite it costing him his own seat. ‘The reward is that the Party has, I think, been irreversibly shifted back towards socialism and is more democratic and that is the most important thing of all.’

It wasn’t true, of course. There had been no such irreversible shift. Benn himself did soon return to Parliament in a by-election, but the man who for so long had been seen by many as an inevitable future leader faded to the fringes of politics. He’d been one of the few individuals – alongside Nye Bevan, Enoch Powell and Margaret Thatcher (not to mention Lenin and Trotsky) – whose surname could be adjectivised to describe a whole political doctrine, but by the end of the 1980s there was no obvious future for Bennism.

In the new century, Benn was to be found touring the nation’s theatres, dispensing bon mots to the delight of many of those who would once have vilified him; he was an avuncular pipe-smoking philosopher. Another Tony, not necessarily an ideological kinsman, had instead been the man to lead Labour back to power, appointing to his cabinet another Benn – Hilary Benn, son of the great man, formerly on the left but now with more centrist inclinations. 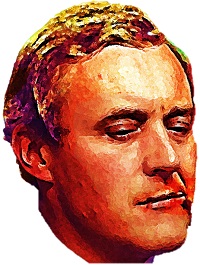 And that is how the story of Tony Benn, who died in 2014, seemed to have ended.

Except that those figures from the political post mortem chez Mullin – Corbyn and Lansman – rose again. Admittedly, they took Labour to an electoral defeat that perhaps ought to replace 1983 in the party’s chamber of horrors, ‘2019’ only ever intoned as a terrible example of something that must never happen again. But it may be that this time Labour has been irreversibly shifted back towards socialism and is more democratic. And indeed judging by the reaction of Lansman and allies, that is the most important thing of all.

Because even more than 1983 or any others, 2019 was Tony Benn’s election. His stamp on the Labour Party today is stronger than at the time when he sat in its cabinets, or when he was the hero or nemesis of almost every individual associated with what he always called the Movement.

Elected to Parliament in 1950, he was initially a moderate, a man who in 1955 noted disapprovingly that Jim Callaghan is a ‘traditionalist – “nationalise and be damned”’. In those days he was close to Hugh Gaitskell, Blair’s predecessor as Hammer of the Left, and was key to the 1959 election campaign. With the help of assigned BBC producer Alasdair Milne (father of Seumas), Benn designed Labour’s first real TV campaign, and, when it came to picking a thrusting anchorman for the broadcasts, alighted on himself.

But he was to be transformed. Not just politically, but in name. Anthony Wedgwood Benn, via an involuntary stint as the 2nd Viscount Stansgate, became Tony Benn, his Who’s Who entry shrinking so that his education, once at Westminster and Oxford, was now described modestly as being ‘in progress’.

What did not change was his ambition. His chances of the leadership is a constant source of reflections throughout his diaries, and he was not wrong to aim high. His talent as a political performer, on television, the stump or in the Commons, was considerable. He was capable of charming the Queen and the National Union of Mineworkers in equal measure, and thick-skinned enough to survive media abuse, sniping from colleagues, and countless setbacks, most notably the fact that he never came close to victory when he actually stood for the leadership.

In those ways, Jeremy Corbyn could not be more different. His political positions have barely shifted since his time as (judging by Benn’s account) a largely silent presence at those caucus conflabs, and – despite being a platform speaker of experience and verve – he’s a man largely free of obvious charisma. Benn was a combative but unfailingly polite interviewee on television, while Corbyn is sullen and charmless. Yet no one could accuse the sorcerer’s apprentice of a career-long plot for the leadership.

However, in more fundamental ways Benn’s influence was all over the politics of this decade, and beyond simply the fact that an old ally led the Labour party for the second half of it. That Corbyn was able to rise so high was a result of perhaps Benn’s most lasting legacy* – the move away from having a leader elected solely by fellow MPs – even if it took thirty-four years to achieve its desired result.

That extension of the franchise eventually prompted the Conservatives to follow suit. And just as Corbyn’s electoral base in the Labour Party was almost entirely outside his parliamentary colleagues, the same was true of Boris Johnson. True, he did top every round of voting by MPs this summer, but would they have rallied around him had they not been acutely aware that he was the choice of the membership in the country?

In the past, Conservative MPs toppled Margaret Thatcher and chose William Hague ahead of Kenneth Clarke, acting against what polls suggested were the wishes of the wider party. Equally none of Iain Duncan Smith, Ed Miliband and Jeremy Corbyn would have risen to the role of leader if it had been up to their parliamentary colleagues.

Had Tony Benn not inspired the idea that party leaders should be chosen by activists rather than MPs, in all probability the choice faced on 12 December would have been very different. As would the likelihood that Corbyn will be succeeded by someone in his own image. After all, what really matters is that the Labour Party remains ‘shifted back towards socialism and more democratic’.

Benn can also be considered the father of the event around which contemporary British politics revolves: the EU referendum in 2016. It was Benn who first proposed such a vote around the UK’s initial Common Market entry in the early 1970s, arguing against the idea that fundamental principles of Parliamentary democracy ‘should be abandoned without the explicit consent of the people’.

That referendum, the first such nationwide vote in the UK’s history, was lost by Benn’s side, but not before it had been taken up enthusiastically by the Eurosceptic right. Enoch Powell famously urged votes for Labour in the 1974 elections precisely to secure a referendum, and the amendment proposing one in the initial 1971 European Communities bill was actually put down by Neil Marten, as famed a Tory opponent of the EEC then as any of the ERG leading lights today.

And it was the right of the Conservative Party that kept the referendum flame flickering after the loss in 1975, eventually getting their wish both in terms of the holding of the vote, and the result itself. Had Benn not changed Labour policy in favour of a referendum, would – via Powell, Jimmy Goldsmith, David Cameron and Powell’s disciple Nigel Farage – the 2016 vote have occurred?

Admittedly, Tony Benn himself might have been something of a disappointment to those Corbynites appointing the ‘Christian agnostic’ as patron saint (or ‘legend’) of their sect. Former MP Laura Pidcock may not ‘be interested in being cosy with Tories’, but Benn was proud of his friendships with the likes of Edward Heath and David Davis; in his diaries, he writes more sympathetically of Powell and Keith Joseph than he does of some supposed allies. Similarly, the family man Benn would surely not join in the demonization of the man who posed the strongest challenge to Corbyn, his son Hilary.

A Labour leader who started in the Commons as Benn’s sidekick, chosen to be leader by a method initially inspired by the involuntary Viscount Stansgate, fighting an election that was part of the fall-out from Wedgie’s push for a European referendum…

Few, even more recent, figures had a more profound influence of the events of this decade than a man whose ministerial career ended forty years ago.

* Though Radio 1 and pictorial stamps also count. But not the rucksack with a built-in chair.

Politician of the Decade (living): 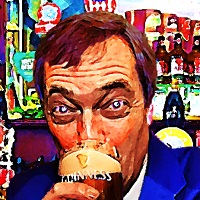 previous recipients of Politician of the Year (dead): 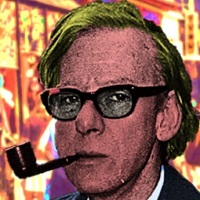 One thought on “Politician of the Decade (dead)”