I cracked the spine of my copy of Ben Pimlott’s Harold Wilson (HarperCollins; 1992) in the somewhat incongruous setting of the Villa Magna hotel in Madrid on a lovely sunny day in 1993. A treat in itself, the Pimlott opus also marked, or coincided with at any rate, something of a revival in the former prime minister’s reputation.

Not, in truth, that there was any way but up for Baron Rievaulx. In the years since his 1976 resignation, his name was mud, and not the friendly brown mud of an English autumn but the oozing black swamp mud familiar from films of the Indiana Jones variety. From all sides, the four-time election winner was pelted with dirt. The fact that the various groups of detractors disagreed as to why they despised him in no way lessened the impact of their attacks.

On the left, he was, quite simply, a traitor, someone who had preferred to make peace with the City and the boardroom rather than use his 1966 landslide victory to transform Britain in a radical social-democratic direction.

To the centre, he was a spineless trimmer who had, in effect, let the ‘extremists’ into the party and allowed them to dictate policy and unseat moderate MPs.

And on the right, especially during the heyday of the Thatcher era, he was the non-Thatcher, everything she was not, a slippery customer with no real beliefs who had presided over British decline, a creature of the trade unions that she was to vanquish, an appeaser where she was a warrior-queen, somebody with Questions to Answer about his Soviet connections while she revelled in the Kremlin’s ‘Iron Lady’ moniker.

Take two provincial grammar school products with Low Church backgrounds who had made it to Oxford, the reverse-image of one another. The first wrecked the country and the economy, the second, after much blood, sweat and tears, put it right again. This triumphalist Tory perspective from, let us say, 1987 may sound too simplistic even for one of Jeffrey Archer’s productions, let alone for a supposedly serious piece of political analysis, yet it was a widely-held view.

The Wilson Era from 1964 to 1976 (on this reading, Edward Heath’s 1970-1974 premiership was simply an exercise in keeping the seat warm for the Yorkshireman’s return) were the years of drift, the years of failure, of debt, devaluation and declining influence. Given much of the prosecution case against Wilson had rested on his economic record it is unsurprising that the tarnishing of the Thatcher ‘economic miracle’ in the late 1980s and early 1990s should have seen something of an uptick in Wilson’s reputation, not least in the field of growth, where the UK’s performance on his watch was compared favourably to that of the Thatcher years.

But the real force propelling Wilson’s rehabilitation in the Nineties and beyond was not a reassessment of his economic record but a new appreciation of what were invariably referred to as the ‘liberal social reforms’ of his first two governments, 1964-1966 and 1966-1970. In this viewpoint, Wilson and Thatcher were not so much opposites as joint architects of a national settlement combining social liberalism with free-market economics. He had contributed the first part, she the second. 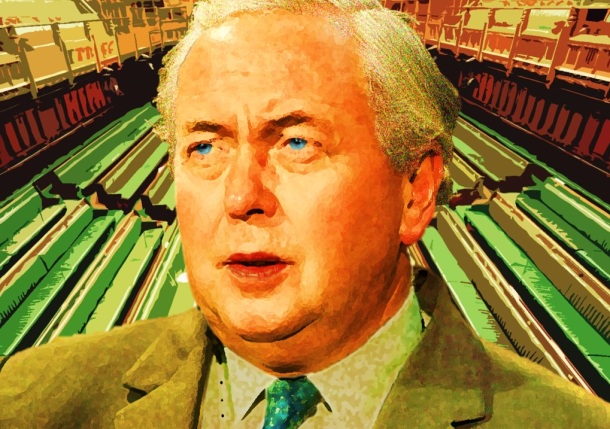 For those of us who have always been in the (frequently lonely) Wilson fan club, it is better to have JHW (his first name was James, and he was succeeded by someone whose first name was Leonard, just to keep us all thoroughly confused) praised for something, anything, rather than excoriated. But the Harold who currently enjoys the warm glow of approbation is not really the one that I admire.

The latter-day Wilsonians focus on his premiership in the 1960s and the first half of 1970. Of his 1974-1976 premiership, little is said beyond the clichés of the Thatcher era: that he was tired, in need of brandy or pep pills or some sort of stimulant, that he allowed himself to be pushed about and that by the end of 1975 he was simply bored and looking for an exit.

My own view is that the 1970s were the truly productive Wilson era and that the 1960s, by contrast, saw him as a sort of déclassé David Cameron, good at working up short-term fixes but chopping and changing, preferring to ‘confront’ bogus crises (Anguilla, the Torrey Canyon, the D-notice affair) rather than real ones (the over-valuation of sterling, simmering trouble in Northern Ireland and – my, how times don’t change – the travails of manufacturing industry).

The ‘liberal social reforms’ had little to do with Wilson (which is not to suggest that he was unenthusiastic about them), being the product of a series of private member’s bills. Nor do they really fit together in the currently-envisaged manner. Only two (on homosexuality and theatre censorship) were liberal, in the sense that the state gave notice that whereas it had previously tried to boss grown-up people about it would no longer do so. Hanging (abolition of) and abortion (legalisation of) represented a shift in what were and were not considered to be aspects of the good society.

Genuine Wilsonian achievements in the 1960s are hard to find. I would plump, first, for Wilson’s own choice, the creation of the Open University, derided at the time for providing degrees for retired tobacconists (although I’d take a retired – or, better still, active – tobacconist any day over the average undergraduate). And, second, the Theft Act 1968, which made it much easier to prosecute criminals, especially burglars.

The 1970s, by contrast, gave Wilson the chance to confront not one but two huge real-life crises, on the economy and on internal security. In almost exactly two years in office, inflation came down from a post-Heath peak of 25 per cent in 1975 to 16 per cent, heading on into single figures in 1978, after Wilson’s departure. His ‘year for Britain’ speech to the miners’ union in the summer of 1975 had persuaded the unions that inflation was, to some extent, ‘their fault’ and that they ‘owed’ the country pay restraint, indeed, cuts in real pay.

It was under Wilson that the Prevention of Terrorism Act came into force, one of those pieces of legislation about which any personal doubts are dispelled on checking out who is opposing it. Wilson sent the Special Air Service into Northern Ireland in early 1976 after an appalling series of tit-for-tat murders. And in terms of external defence, it was Wilson who approved the continuation of the Chevaline programme for the modernisation of Polaris, the submarine-launched ballistic missile system.

If Wilson were a Soviet agent, he had a funny way of showing it.

Perhaps two last, less obvious, bookmarks of his 1970s premiership were, first, the defence he mounted of the civil service in early 1976 against attacks on ‘bureaucracy’, reminding one and all that many attempts to develop better social services would inevitably prove labour intensive, and second, the fact that there was any return to Number 10 at all.

Wilson is, indeed, the last prime minister to date to have lost office, gone into opposition and come back to office. Back then, it was thought usual to try to get back – Heath did, as, perhaps, may have James Callaghan had circumstances been different. Now it would seem bizarre.

Two years after my Madrid visit, I was in the Windmill pub in Limerick. Across the bar, the television news was inaudible amid the hubbub, but when Harold Wilson’s face appeared on the screen, it could mean one thing only, and so it proved. The pictures switched to black and white footage of street violence and bomb explosions in the North, the arrival of British soldiers, barricades, burning buildings.

This went on for some time, being, understandably, the aspect of Wilson’s time in office of most interest to people in the west of Ireland. To each, their own Harold.