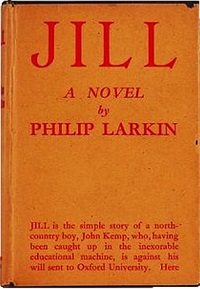 Somewhere there is a photograph taken on an Oxford college lawn in summer during the Second World War, in which several undergraduates are posing for a mock action-picture billboard, striking suitably combative stances. They include Philip Larkin, Kingsley Amis and future Tory Party grandee Edward du Cann.

Taking the mickey out of war films was fine and dandy, apparently, even in wartime.

It has become a commonplace observation that Larkin really wanted to be a great novelist while Amis was set on becoming a poet. Certainly the latter’s first poetry collection preceded his first novel, but Jill appeared the year after Larkin’s debut volume of verse, The North Ship (1945).

Jill is set in wartime Oxford, thus the suspicion has to be that this is essentially an exercise in autobiography, something Larkin denied. More of that in a moment.

The spine of the novel is the relationship between the main character, John Kemp, and his room-mate Christopher Warner. Kemp is from a modest background in the North Country, arriving on a scholarship for his first Michaelmas Term. Warner comes from a better-off household although he is not perhaps as well-fixed as he likes to pretend.

He is certainly adept at the ignoble art of sponging.

We open with Kemp making that all-important first train journey to Oxford. Seen through his eyes, the approach to this mighty centre of learning is suitably Larkin-esque, with not a dreaming spire in sight.

He stared at the approaching city across allotments, back-gardens and piles of coal covered with fallen leaves.

Kemp’s initiation into university life is deftly portrayed as a grown-up version of the disorientation experienced by anyone who ever arrived at boarding school. On the first morning, we learn,

He did not want to go any further with this new life.

Of a fellow undergraduate, Kemp remarked

He had a youthful, spotty face, that expressed great confidence and stupidity, and his eyes bulged.

A potentially more congenial friend is available in the shape of Whitbread, a fellow scholarship boy.

‘Of course, you have to choose friends carefully. No good going about with millionaires… Can’t have him mucking up your work.’

Throwing in his lot entirely with neither Whitbread nor Warner, it is fair to say that Kemp does not immediately take to what no-one then called the Oxford experience. 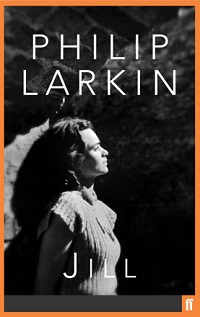 [A]n unaccountable sense of isolation was starting to possess him as he grew aware that people who had come into residence when he did had now made their own ways and had fallen into definite ways of life. They had run up the framework on which their university careers would be woven. John had not done so.

Matters take a strange, almost surreal (and definitely un-Larkin) turn when Kemp, questioned by Warner about his sister (older than Kemp in real life), creates a persona of a beautiful younger sibling in her mid-teens, the Jill of the title, currently at boarding school, with whom Kemp supposedly enjoys a fond relationship, in contrast to Warner and his own sisters.

‘I regret it sometimes, you know… One sort of loses touch. And one doesn’t get a second chance, ever. And we’re a pretty rackety family…’
He laid his cigarette in an ashtray and let it burn, staring down at the fire. John saw with gathering amazement that he had said something that made Christopher envious of him – only for this moment, perhaps, but none the less envious.

The invention of Jill continues apace, including the forging of letters to her at the fictitious girls’ school she was supposedly attending in Derbyshire, Willow Gables. Larkin used the school name in a ‘trouble in the dorm’ tale published after his death – anyone of a lascivious frame of mind expecting endless Sapphism and spanking will be disappointed.

Aside from making Christopher jealous (an effect that seems quickly to wear off), Jill is also the fantasy letter-reading audience for Kemp’s imaginary version of his life at Oxford, complete with rooms of his own (no mention of Warner) and easy popularity with fellow students. He gives Jill the surname Bradley, at which point the ‘sister’ link becomes attenuated.

He must write again… dozens of letters to Miss Jill Bradley must wander through the postal service.

The plot thickens when he not only spots a girl in Oxford who he is convinced is Jill, but to his astonishment learns that her name is Gillian. She is, like ‘Jill’, in her mid-teens. Furthermore, she is a cousin of Warner’s friend Elizabeth. Just as coincidence stretches to breaking point, there is some slackening when we learn that in a sort-of pre-echo of Educating Rita (whose female lead’s real name was Susan), Gillian insists on Gillian and dislikes Jill. 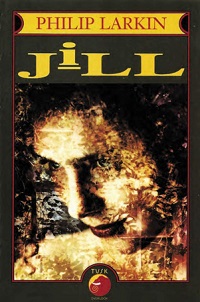 Perhaps inevitably, Kemp makes a play for Gillian, is cold-shouldered and, having stolen a kiss, is punched by Warner and then thrown in the fountain.

Was Jill, as some suppose, the first post-war ‘angry’ novel, laying bare the social divisions that still marred the nascent welfare-state Britain? Larkin said not, and that his own time at Oxford was remarkably free of social differences.

But then, he could occasionally demonstrate a heedless Mr Magoo quality to his own work. His poem ‘Naturally the Foundation Will Bear Your Expenses’ would appear to feature a free-loading left-wing academic bitching about the delay in his taxi getting to Heathrow caused by the Remembrance Day ceremony. Larkin expressed puzzlement at this interpretation, although it is hard to see what other reading could be put on it.

There is some fine writing in Jill that presages the best of his poetry.

How ashen the air smelt: a quenched smell of an extinct summer…

‘You know, what I like about Oxford is that there’s a place for everyone,’ said Whitbread. ‘You and me, now. My dad always saying that if I got to college I’d have no friends… But I used to tell him I knew I’d find some decent fellows – like yourself, now – fellows in similar circumstances who’d be prepared to be friendly.’

The war is never far away

After breakfast he handed in his ration book at the Bursary.

That said, drink and cigarettes seem reasonably plentiful, suggesting Churchill’s Britain had a sure grasp of priorities.

But as Larkin seemed to recognise, Jill is an unsatisfactory narrative. Like someone on a crowded Tube platform, it brushes shoulders but never makes decisive contact: with class conflict, with the imaginary-friend genre, with wartime social realism and with a sort of incest-related fantasy.

One more novel followed, A Girl in Winter, in 1947. Writing in the Guardian on 20 December 2011, Carol Rumens explored the intriguing possible back-story for the tale. But Larkin’s course was set. He turned his back on the styles that had influenced The North Ship, found his unmistakeable voice and published, over two decades, the three collections of verse on which his reputation rests: The Less Deceived (1955), The Whitsun Weddings (1964) and High Windows (1974).

His novelistic ambitions didn’t really take off and, although they left some interesting material behind, we can be relieved that they took second place to his poetic talent.

Apologies to Jill. Or should that be Gillian? 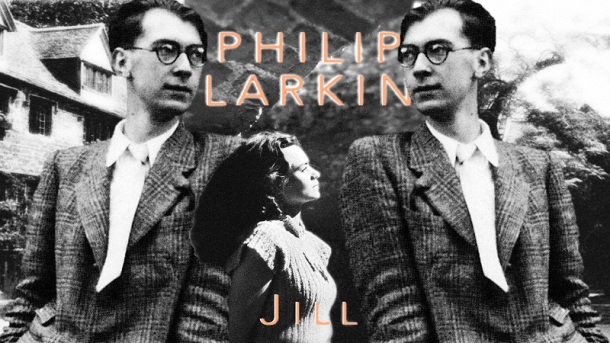 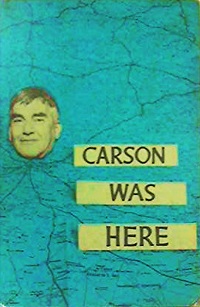 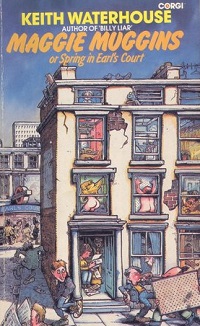 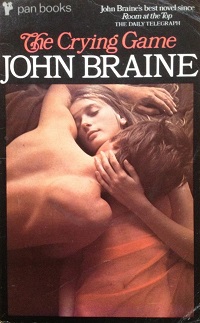 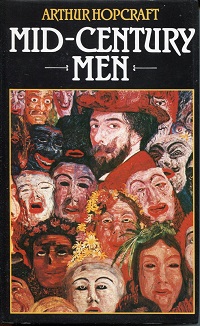 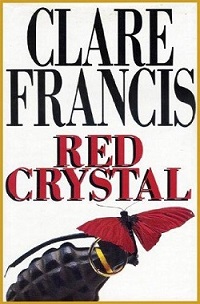 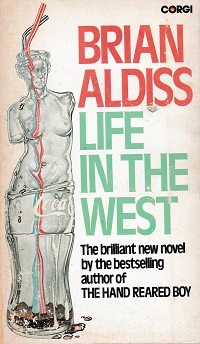 Life in the West