In this extract from his book A Classless Society: Britain in the 1990s, Alwyn Turner looks at how the collapse of communism in Eastern Europe allowed the growth of Euroscepticism in Britain…

In 1989, while the Berlin Wall was still standing, the American commentator Francis Fukuyama had published his essay ‘The End of History’, arguing that the world’s ideological conflicts had been resolved in favour of capitalist democracy. Whether or not this were true, the proposition found a receptive audience and confirmed what had become unavoidably apparent over the last decade: that the intellectual tide had turned in favour of free-market economics.

Ideas about state ownership of manufacturing and services, or about how to plan and regulate the economy, were unlikely to get much of a hearing in the foreseeable future. As Tony Blair explained in opposition: ‘People will look back on the present century and say that, in a curious way, it was an aberration – that you had this war to the death about ideology.’

In Britain the reinvigoration of the right had taken a very specific turn, under the influence of that doughtiest of cold warriors, Margaret Thatcher. The European Community had once been embraced by Conservatives as a bulwark against both international communism and domestic socialism, but now that the external threat was imploding and the power of the trade unions had been curbed at home, there seemed little further need of anything save the free market, operating on as wide a basis as possible. Everything else about the European Community – its aspirations to exert influence in social matters and foreign affairs, for example – was inherently suspect.

The fall of the Berlin Wall allowed an instinctive patriotism to reassert itself. The Manichean rhetoric of the Cold War era survived, but was directed now at Europe; any hint that it might seek to impede the free workings of capitalism was portrayed as socialism in disguise, a return to the bureaucratic statism of Eastern Europe.

‘Maastricht, and most of the Euro-legislation which had gone before it,’ insisted Tory MP Teresa Gorman, ‘is essentially socialist in nature, designed to create a centralised structure for Europe.’ The Eurosceptic press barons tended towards the same view; Conrad Black was happy to explain that he was against the EU because it is a ‘socialist organisation’. The more philosophically minded argued further that the collapse of the Soviet bloc signalled the end of the era of the superstate, thereby necessitating a rethink of the European drive towards ever closer union.

Such claims helped bolster the new-found enthusiasm for Europe evident in the Labour Party, where Euroscepticism was a fading memory, associated with old folk like Tony Benn, Bryan Gould and Peter Shore, and where debate on the issue had virtually ceased. In his 1989 book Livingstone’s Labour: A Programme for the Nineties, Ken Livingstone argued for a wider internationalism, suggesting that a future Labour government should work with ‘progressive forces in both Eastern and Western Europe as well as in the USSR’, but he actually had far less to say on the subject of the European Community than on the Soviet Union. And what he really wanted to talk about was the neo-colonialism and economic imperialism of the USA.

Hatred of America had long been a defining characteristic of the British left, and had led to a slightly ambivalent attitude towards the Eastern bloc. On the one hand, very few – even within the Communist Party of Great Britain – wished to adopt the system, after the crushing of Hungary and Czechoslovakia; but on the other, the existence of the Soviet Union and China was seen as a counterbalance to America.

In some quarters, open criticism was considered inappropriate, so that when Benn spoke at a rally in support of the demonstrators killed in Tiananmen Square in 1989, he could record, slightly surprised at himself: ‘It was the first time I had ever spoken in public against a communist government.’ It was a bit late by then, of course, and the established sections of the British left made little contribution to the hurried recalculations that followed the dismantling of communism in Eastern Europe. Outside the Labour Party, a group like the Socialist Workers Party could claim that events had proved their theory that the Soviet Union had long since descended into state capitalism, but no one much was listening.

The whole political spectrum in Britain shifted as a result of the fallout blowing from the East, the right attracted again to nationalism, the left abandoning its attempt to accommodate both capitalist and socialist impulses. In the words of Jack Straw: ‘the Labour movement would no longer uneasily have to straddle the theoretical divide which had so hobbled it since its foundation.’

Blair was to confirm this shift, but it was evident within Labour long before his Clause IV adventures. ‘By driving out communism from their own countries, the peoples of central and eastern Europe have driven the threat of socialism from ours,’ wrote Madsen Pirie of the Adam Smith Institute in August 1992, a couple of weeks into John Smith’s leadership. ‘The reformed Labour Party in Britain no longer threatens to undo what privatization has achieved.’

As a consequence the Tories were deprived of one of their defining characteristics in recent years, now that the Labour Party shared their faith in markets as the only economic model in town. The need to find a new dividing line between the parties was instrumental in the elevation of Europe to the top of the political agenda. 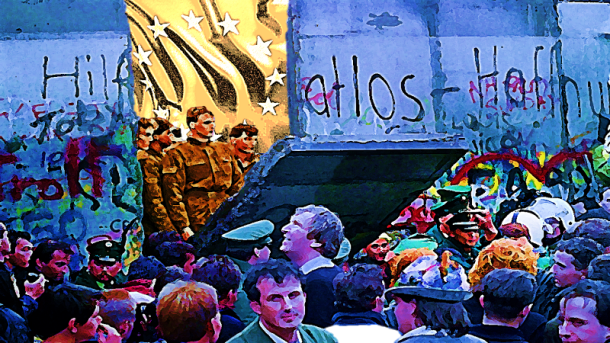